We recently told you that Activision had begun their Black Ops 3 marketing bandwagon by partnering with Six Flags theme park with a special Shadows of Evil rollercoaster.

Now, Activision has taken things to a whole new level by revealing that they are now the official partners of The Walking Dead Season 6.

Many of you will have tuned in to watch The Walking Dead Season 6 Episode 1 on Sunday and some of you may have spotted the Black Ops 3 branding during the show.

We have picture evidence if you missed it thanks to AllGamesBeta, while some Walking Dead posters have also been spotted in Europe too with the same logo branding. 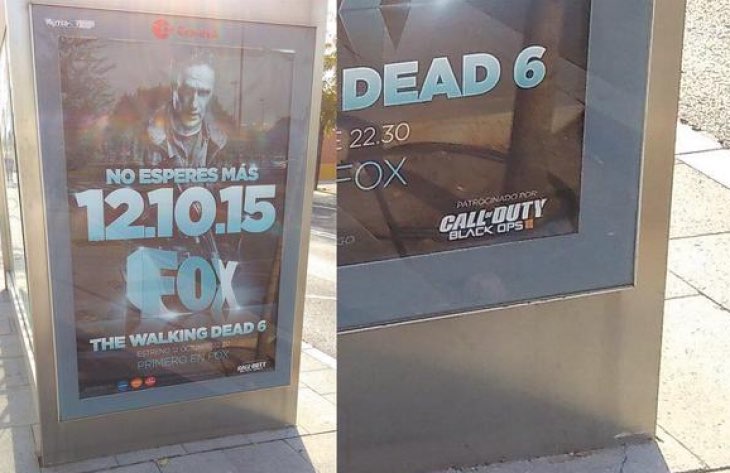 Imagine if this partnership may mean that we’ll get some Walking Dead content thrown into Treyarch’s zombie mode as a further treat.

This must have been a massive deal behind the scenes to get Black Ops 3 sponsoring arguably the biggest TV show in America at the moment.

We wouldn’t be surprised if Treyarch has some surprises in store for zombie fans – would you love to see some kind of tie-in once the game is live?