Following on from the new Black Ops 3 update which went live just hours ago, we wanted to specifically talk on how this affects those who are playing zombies mode.

Treyarch has also issued some updates to zombies mode and the one of the big changes that we can see in the Black Ops 3 Zombies 1.03 update notes is a new Dark Ops Calling Card for those that have Prestiged after Level 35.

The developer has also been fixing up known exploits in both Shadows of Evil and The Giant, so if you have been cheating on this map to gain an advantage since launch – you may not be able to after launching the latest update. 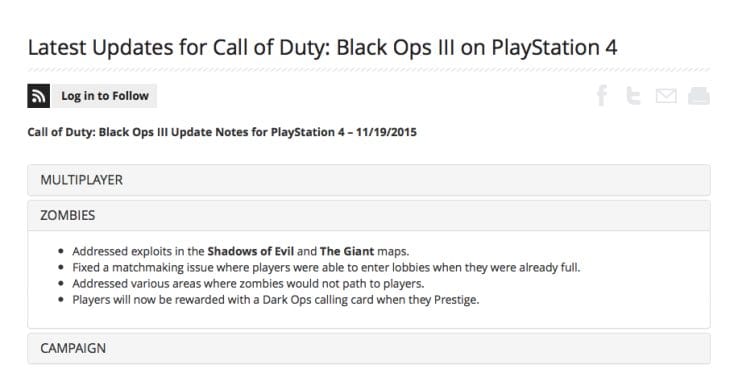 Going back to the Dark Ops Calling Card for zombies though, have any of you actually received this yet in your inventory?

Some players are saying that they didn’t get the Dark Ops Calling Card after Zombies Prestige, so let us know if you have managed to unlock it.