We have just given you some juicy information on The Giant intro cutscene for BO3 zombies. Now though, we turn our attention to the main highlight with an in-depth Black Ops 3 zombies trailer breakdown which uncovers some secrets you may have missed during the first play through.

It looks like we were very close with our earlier article which teased the possibility of gangster zombies coming to Black Ops 3.

Now, it has been confirmed that Black Ops 3 ‘Shadow of Evils’ zombies will be set in the 1940s with a ‘film-noir narrative’ theme and instead of starring the MoTd characters, it will feature a brand new cast consisting of Jeff Goldbum, Heather Graham, Neil McDonough, Ron Perlman and Robert Picardo. 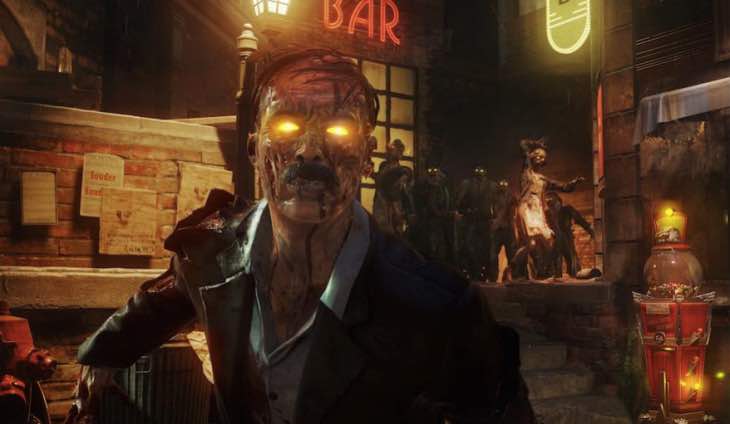 The analysis video comes from zombies community expert NoahJ456 and it is almost 20 minutes in length. If you love zombies and can’t wait for Black Ops 3 to release in November, then this video is a must watch for you.

We’re interested to know what you think of the whole ‘gangster + aliens’ combo and whether you feel it is a step forward for the series or a step backwards – since some had already said that they have mixed feelings.

Are you now more pumped than ever for Black Ops 3 zombies after watching the trailer, or less so? Give us your thoughts and opinions below!