Treyarch is once again gearing up for the big launch of Black Ops 3 Zombies. This week, we get a full look at the entire introduction to the Shadow of Evil storyline in Zombies and another look at the four new characters.

As a reminder in case some still don’t know, Black Ops 3 Zombies is going to have another star-studded cast just like the popular Mob of the Dead DLC.

The four characters are going to be played by Jeff Goldblum, Heather Graham, Neal McDonough, and Ron Perlman and now Treyarch has given you another insight into their roles in the ongoing zombie universe. 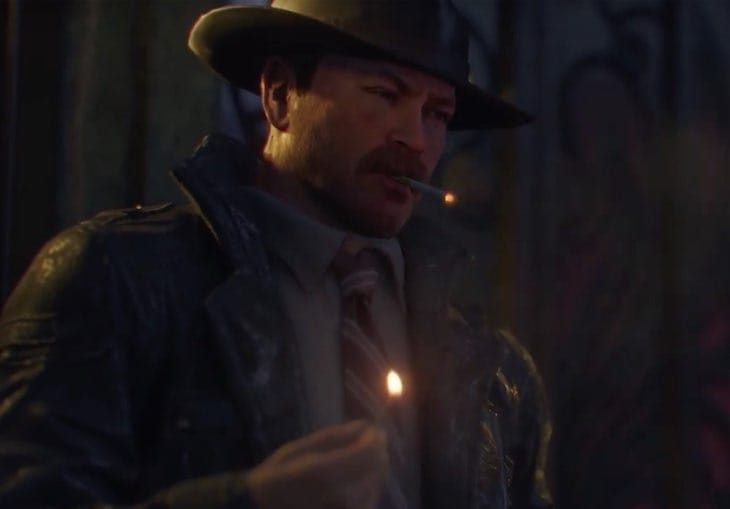 The film-noir direction of Shadows of Evil looks amazing and it already looks like it is going to be a massive hit with fans. The graphics are stunning, although given it is a cutscene we’re optimistic that the actual gameplay is going to win over fans as well.

The clip below is over 3 minutes in length, so sit back and get an introduction to the new mode which will set you up for the full launch on November 6 nicely.

Are you excited about playing this ‘gangster-style’ zombies mode, compared to previous games?