Sledgehammer Games may be preparing to unleash COD Advanced Warfare next week, but we can still see that the popularity for Black Ops 3 Zombies maps from Treyarch is at an all time high.

We will have to wait until late 2015 to see the game at the earliest, but that hasn’t stopped some fans from dreaming up early Black Ops 3 zombie map ideas for Treyarch to take note.

Treyarch knows they have hit a gold mine with this expansion to World at War and now they can do whatever they like with the series knowing that gamers will throw their money at the screen as long as it contains zombies or something similar.

This week, we can bring you an excellent video which takes a look at the top five features wish list, to be implemented into zombies next year.

This video comes from YouTuber TheSmithPlays and within two weeks it has already had almost 100,000 views. Zombie fanatics are clearly still missing the game mode, especially now that we are on the eve of the next annual COD release. 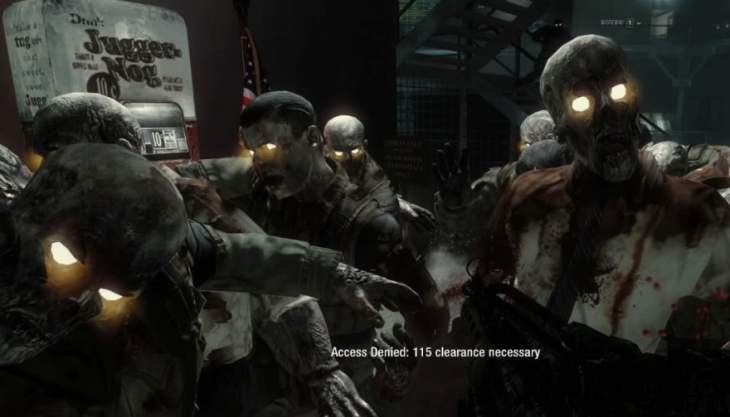 Some of the best ideas that we have seen include an 8-man Survival Playlist. Those of you who have played Black Ops 2 should know that there was a glitch allowing for 8 players to play Survival at once.

While Treyarch may not have been keen, it actually turned out to be a great mode and there are big calls from the community for Treyarch to add this in as an official feature.

Another great idea is the thought of Treyarch designing a special Black Ops 3 map for wonder weapons. We all love using those guns when they are available, but more often than not you’ll find yourself fighting against other players for them and it would be amazing if each player could obtain one at the same time.

With Black Ops 3 being the first Treyarch Call of Duty on new hardware, it wouldn’t be too difficult for the developer to introduce a massive map with wonder weapons all over the place – just for fun when you want to pass some time with friends.

Those are just two ideas that we have seen in the clip below, watch the whole thing for the full list. If you are missing zombies right now, let us know any Black Ops 3 ideas that you have for Treyarch to put in the game.