If you missed the big announcement over the weekend, Sony and Activision announced that Awakening is going to be the name of the first DLC map pack for Black Ops 3.

Specifically, we can now reveal that the next Black Ops 3 Zombies map will be Der Eisendrachen and when translated it means ‘Iron Dragon’.

Unfortunately, Treyarch did not show the Awakening DLC trailer for Black Ops 3 yet but we did get a teaser image.

You can see that below which is a zoomed version of the zombie map in question – we’ll talk about the four new multiplayer maps later this week. 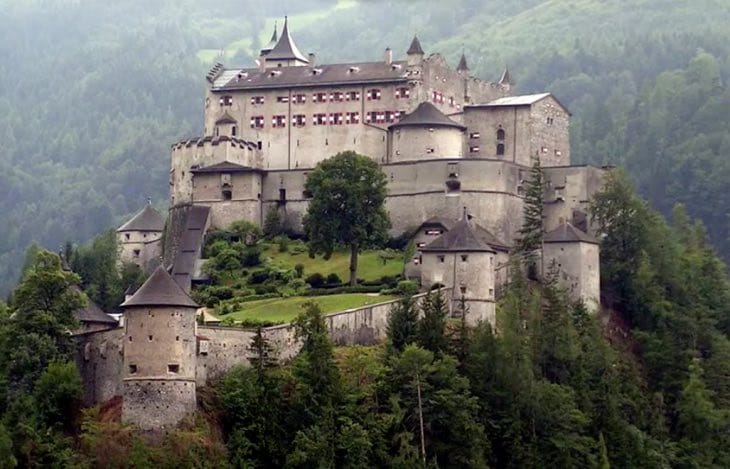 As you can see it looks like players are going to be heading to an Austrian castle and thanks to some digging from fans it may be based off the real life castle in Austria above.

We’ve included a video below which talks a little bit about the history of Der Eisendrachen and some possible clues on what we could expect to see when the map is available.

Until we get that trailer, all we can do is speculate so give us your best ideas on the new map below.

How do you think this castle will play into the ongoing Easter Egg storyline for Shadows of Evil and The Giant with Richtofen particularly playing a key role?