We are shocked to see that Black Ops 3 servers are down again on March 29, 2016. This is the second time in the space of 24 hours that the BO3 servers are not available and unsurprisingly players are not very happy about it.

As far as we’re aware, this is affecting Xbox One players the most with frequent complaints coming in via social media about Xbox specifically having issues. 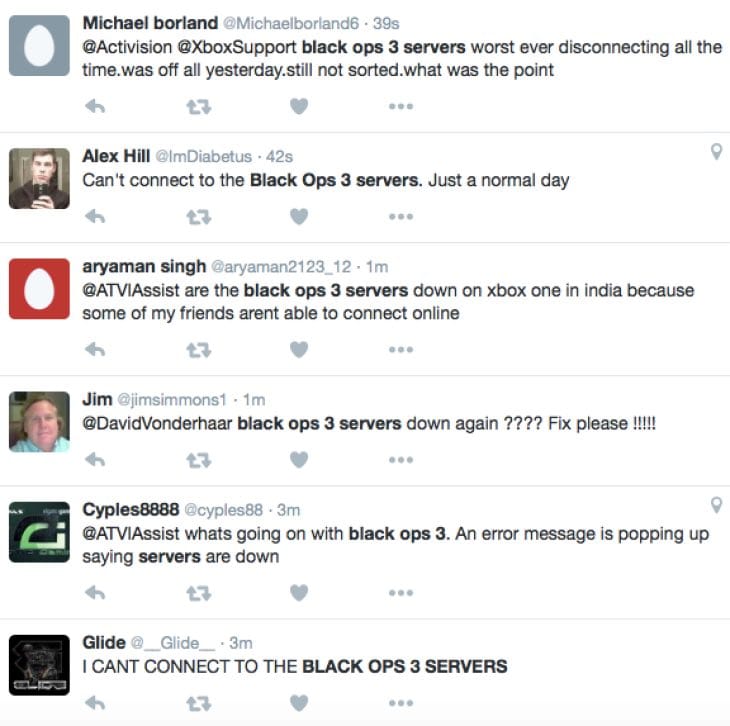 It will be interesting to see if the BO3 servers are down on PS4 and PC too, but we’ll keep our eyes open for a status update from Treyarch here.

You also should know that the official BO3 server status website now states Defcon 2, along with the message: “Online services are degraded. Users in some regions may experience connectivity issues.”

Is Black Ops 3 down and not working for you right now on Xbox One and Xbox 360? Please state your region below and let’s see how widespread this is.