The search is now on to find out the exact cause of this and so far nobody seems to know the reason. Amazon, GAME and the official Xbox Marketplace have all removed digital versions of Black Ops 3, as well as the Season Pass.

However, it remains up for purchase for those that want a copy on PS4 or PC. It’s no secret that PlayStation is now the ‘new home’ for Call of Duty, but it remains to be seen if this is the reason why the sudden mass removal of the digital version has happened. 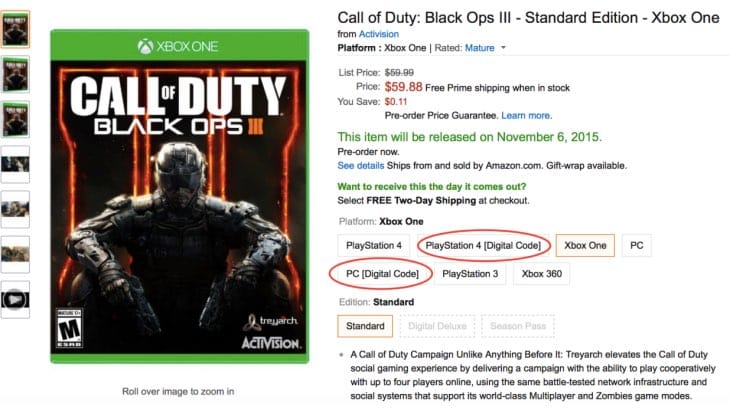 It’s worth pointing out that those who did manage to pre-order the digital copy when it was still live – will not have their order cancelled. However, those who were initially able to pre-load Black Ops 3 on Xbox One will now not be able to do so until further notice.

Black Ops 3 doesn’t launch until November 6, but hopefully Microsoft or Activision will give some solid answers on why this has happened.

Have you tried to get the digital version of the game this week, but have been met with the same surprise? Give us your thoughts on this below.