We recently told you that the Black Ops 3 beta date on PS4 would be on August 19 and that PS4 owners get to play first as part of the new exclusive partnership between Sony and Activision.

Now we can bring you some solid information regarding the Black Ops 3 Xbox One beta start date as information from Comic Con 2015 has revealed that the PS4 exclusivity will last five days.

This means that the BO3 beta release date for Xbox One should definitely be in August and it could mean that it will start five days later than PS4 on August 23. 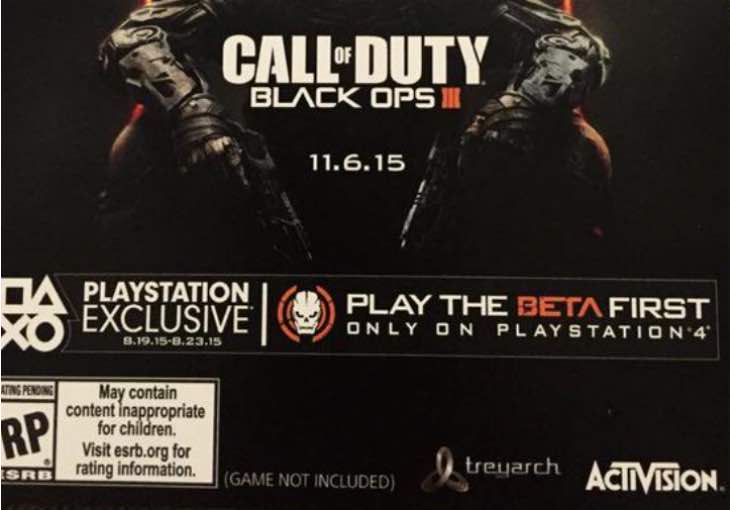 Having said that, August 23 is a Sunday so that wouldn’t really make sense. What would make sense however is having the beta start two days later after the five days on August 25 – giving Treyarch a full day on Monday to prepare the servers for Xbox One players joining the fun.

Nothing is certain yet though, only that we know the PS4 beta will be lasting five days at the very least. We’ve seen many users ask for a beta that is two weeks long but we will have to wait and see for further details.

Xbox One owners, are you ok waiting five days to play the beta after the PS4 exclusivity ends? Let us know if you are still excited for the launch in November, or less so knowing that first DLC access has moved over to Playstation.