The Black Ops 3 trailer has just been unleashed and some of you may be surprised to see that the game is once again going to be based in the future.

There’s a big ‘tech’ theme in the trailer and some of you may be thinking that you’ve already seen plenty of this – not only with Advanced Warfare, but other games too such as Deus Ex.

Speaking of Deus Ex, there has been some complaints specifcally on social media, on how Treyarch’s new game has taken direct inspiration from the Deus Ex series developed by Eidos Montreal. 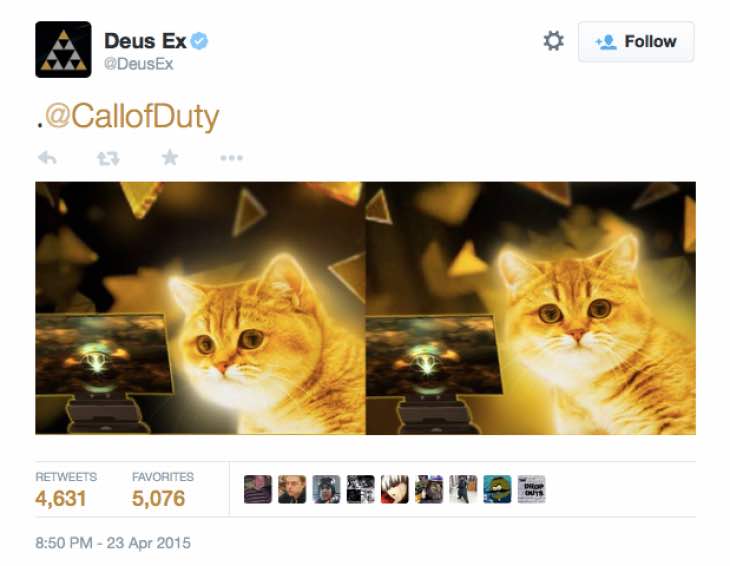 As you can see, it is poking fun harmlessly at the similarities between the two games – but also at the same time not making it serious enough for Treyarch to take offence at.

Gamers have enjoyed this little bit of fun from the Deus Ex developers, as the Tweet has already had almost 5,000 retweets.

The question we want to know from you though, is your feelings on the Black Ops 3 reveal. Do you feel that it is more of the same in what we’ve already got with Advanced Warfare – or will you still buy it anyway for Black Ops 3 zombies?

Do you agree that the game looks too similar to Deus Ex?