It looks like the next Black Ops 3 update on PS4 and Xbox One could be bringing a major change to the game with regards to the Team Deathmatch game mode.

If you don’t follow developer David Vonderhaar on Twitter, you may have missed a very interesting poll that he ran on his page a few days ago.

This poll suggests that we are going to be getting a Black Ops 3 Team Deathmatch score limit increase to 100 after the results of the poll was a majority landslide in favor. 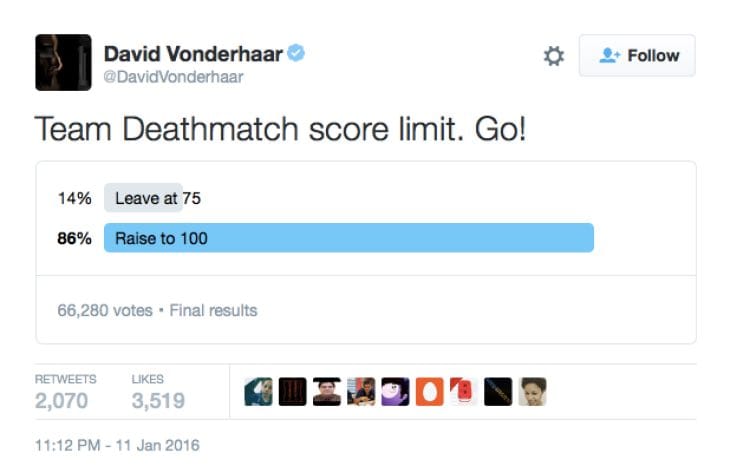 Right now, the mode only goes up to a score of 75 and many believe that this is too less since this can be achieved in no time if you have a team of good players in a lobby.

Given the fact that the poll was made public shows you that this is being considered by Treyarch, so we have a feeling that this change will be happening very soon.

Will you be happy to see a 100 score limit in Team Deathmatch on Black Ops 3 or not? Give us your thoughts on this below.