While we can say that the Black Ops 3 beta has been very enjoyable since launch, at the same time we can also see that there has been some problems with frequent Black Ops 3 server down issues with long queue and error code messages.

At the time of writing, it looks like the Black Ops 3 servers are down late on August 19 evening with many saying that they can’t join a Black Ops 3 multiplayer game.

There appears to be two main culprits for this. The first is a Black Ops 3 error code that reads something like ‘The Black Ops 3 server is not available at this time’ with a ‘A.B.C.D.E.F-‘ error code. 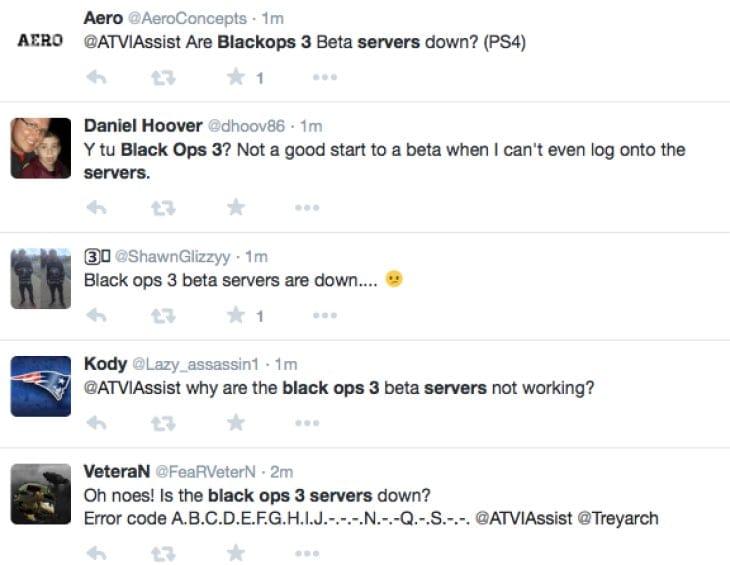 The second is a long Black Ops 3 server queue problem with messages popping up on the screen stating that users are in a position 4500 and have to wait up to 35 minutes to play which is incredible.

Above is some live feedback from Twitter to confirm that there are problems with the BO3 servers being down today for many players. 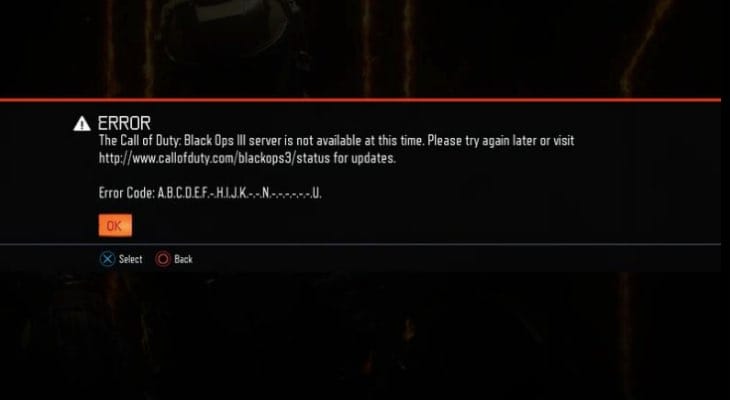 Hopefully Treyarch are aware of the issues and are planning to get players back into the 5 day test as soon as possible.

It is worth pointing out that the developers did warn in advance that the servers may go offline for things like hot fixes and one or two ‘surprises’ – so bear that in mind.

Can you connect to the Black Ops 3 servers right now in your area or not?