Usually when servers are having issues, we would see the DEFCON 4 alert, meaning that the problem wasn’t too serious.

However now as you can see below, Black Ops 3 servers on PS4 are currently at DEFCON 1 with the accompanying message stating that “Services are offline” and the Operations team has been sent out to fix the problems asap.

It’s not only PS4 users though who are having problems. You can see from live feedback, that the Black Ops 3 servers on Xbox One are also down on November 28 – despite the Call of Duty status website stating that everything is fine, clearly it isn’t. 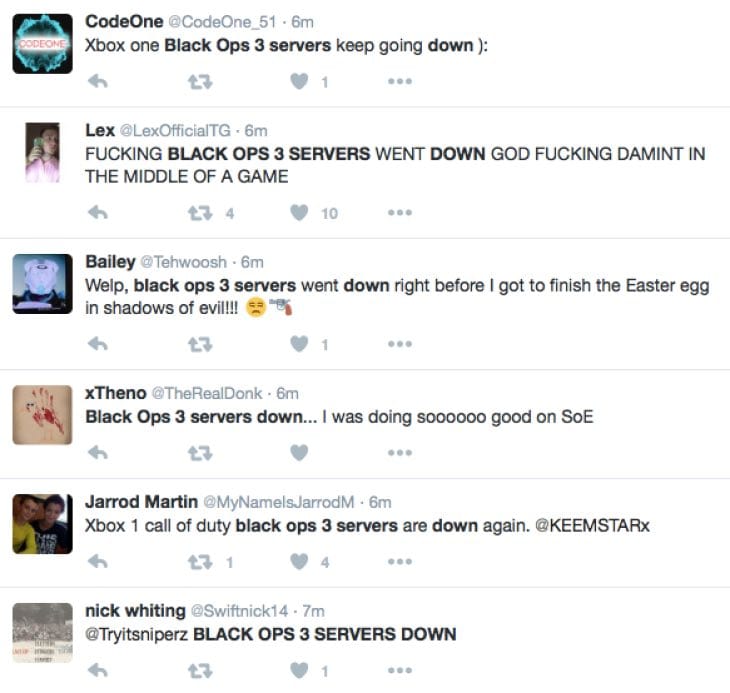 You can check ongoing confirmation that Black Ops 3 servers are down on both platforms here, so hopefully Treyarch are going to be extending Double Weapon XP as the problems have been going on for hours now – given the PSN also suffered big problems during Black Friday.

Are the BO3 servers down for you in your area at the moment? Tell us what version you are playing and how long you haven’t been able to get into a game.