If you have been playing Black Ops 3 daily and spent all weekend finishing up on Double XP, you will know that Treyarch left a rather cryptic message about a new Black Ops 3 event starting this weekend, November 27-30 or even earlier if they start on Thursday as they did with Double XP.

Inevitably, Treayrch are not saying what this event is yet as they have left the community with a glorious cliffhanger, in the form of the following message below which all players received in game after Double XP.

Given that we have just had Double Xp, it is not going to happen two weeks in a row. However, one great idea that we have heard is that Treyarch may decide to introduce a Black Ops 3 Double Cryptokey event into the game. 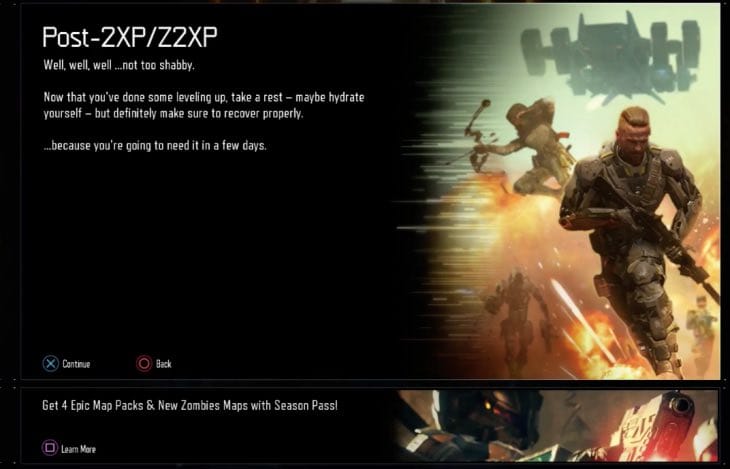 Many players constantly ask for ways to earn Cryptokeys fast in Black Ops 3 and are unhappy that they cannot buy them outright.

What better way for Treyarch to deliver on this by hosting an event which would make the rate of earning them – become twice as fast?

Don’t take this as a confirmation, but it is one great idea which we heard from the community that we wanted your thoughts on.

If it isn’t double Cryptokeys in BO3, then what else could it be? Treyarch says we need to ‘recover’ energy for this new event, so leave your best ideas below.