We are getting multiple reports that the recently released Salvation DLC for Black Ops 3 on PS4 is not working or in most cases, suffers a problem where it won’t let you download Salvation from the PS Store despite owning the Season Pass. 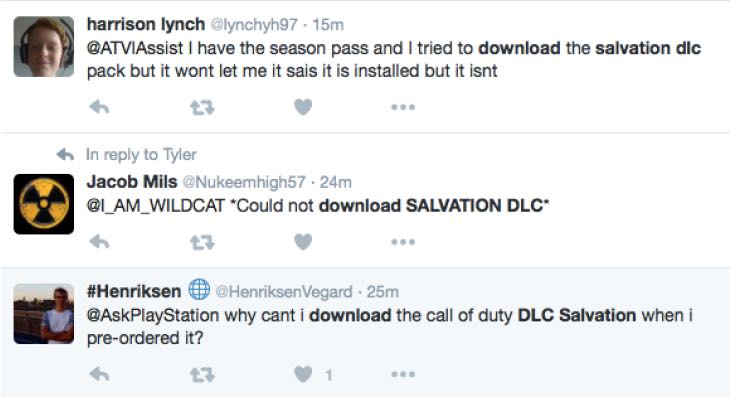 You can see some of the live feedback above which shows some gamers running into problems, but we have a feeling that it could have something to do with the Black Ops 3 1.16 update that has just gone live too.

It could have been an incompatibility issue before as if a new BO3 update has released at the same time as Salvation, the chances are it won’t work without it.

Try to close the PS Store, install the Black Ops 3 1.16 update on PS4 and then try to re-download Salvation. Let us know if you are still having any problems with this and we’ll help in the discussion section below.