We have a quick heads-up for you to say that another new hotfix for Black Ops 3 has gone live. This is the Black Ops 3 37.1*.21.4 patch and you’ll be pleased to hear that Treyarch’s David Vonderhaar has given an indication to players on what has changed in the game.

We have just finished talking about how a recent Star Wars Battlefront patch wasn’t transparent enough in terms of patch notes.

However, despite how minor this Black Ops 3 update may be, we can still see that there are some brief notes available. 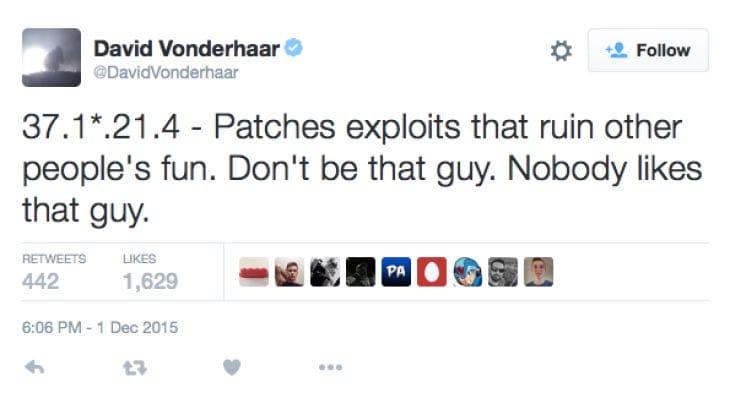 David Vonderhaar has said that this new Black Ops 3 update has been released to specifically stop some recent exploits that have been found.

Treyarch hasn’t gone into detail on what they are, but it looks like one of them was a way to ‘farm’ Cryptokeys in Black Ops 3 on Gun Game which no longer should be possible.

It’s nice that the developers are on the ball with this, as some players had even gone to the length of leaving their console running all day, then remaining AFK in a Gun Game match just to get a few extra Cryptokeys – desperation or not?

Let us know what else you have spotted new in the game that hasn’t been highlighted yet. What are you looking forward to seeing in the next big update?