Gamers are very excited about Black Ops 3, with the first zombies premiere scheduled to take place this week. We wanted to switch our attention to multiplayer now though, as we can see that there is a big demand for a Call of Duty Black Ops 3 Nuketown 2065 map to be made by Treyarch.

As most of you know, Nuketown is arguably the most popular map in Call of Duty online multiplayer. It started off as a tiny fast-paced map in Black Ops five years ago, but has transformed into a mainstay map of all subsequent games.

Black Ops 2 gave us Nuketown 2025 and now with Black Ops 3 being set forty years after Black Ops 2, players are hoping that Nuketown 2065 will become a reality once multiplayer is revealed.

Black Ops 3 will be set in the year 2065 so it makes sense for Treyarch to give the fans what they want with a new Nuketown map, remade with futuristic changes. 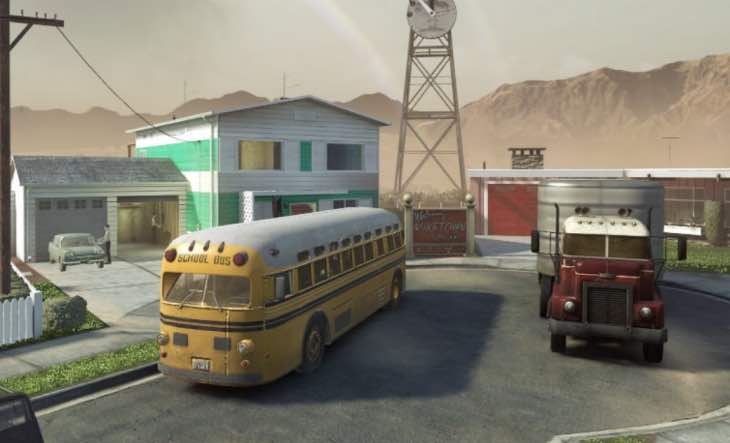 A particular image has been doing the rounds on social media, showing what such a vision could look like if it happened. As far as we’re aware, this image is not an official Black Ops 3 screenshot, but rather a concept image only.

Still, fans are going crazy for Nuketown 2065 at the moment and it would be somewhat strange if Treyarch didn’t give us the map.

Would you love to see the return of a Black Ops 3 Nuketown map for multiplayer and also a Nuketown 24/7 playlist for Black Ops 3?

Let us know your thoughts on this and if you would want to make any changes to the layout of the map.