If you have been trying to play the Black Ops 3 beta, we’re willing to bet that more often than not a lot of you can’t get into a Black Ops 3 match today.

It has been working for the most part, but recently we too have seen the issues with the Black Ops 3 beta matchmaking having problems.

The screen will simply keep cycling the ‘searching for games (50 matches)’ message, then check quality for the match. However rather than put you into a game it will just put you into an empty lobby over and over and it is happening a fair bit. 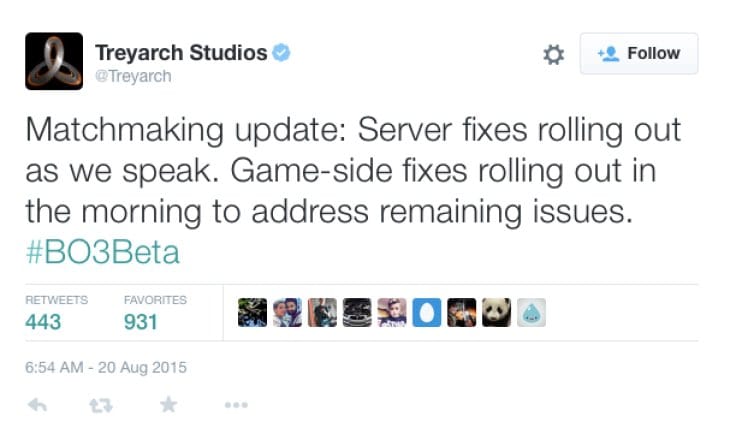 Then again, this is a beta after all and Treyarch did warn that there would be some occasions where gameplay would be interrupted.

On Treyarch’s official Twitter account, we can see that the developer has also said that they are aware of issues with players not being able to find a Black Ops 3 beta game with other players.

Are you experiencing this right now in your area, or can you get into a game just fine? Give us your latest status below on this.