Black Ops 3 doesn’t launch until November 6 but unsurprisingly we can see that many of you are already looking for Black Ops 3 live streams this week, to get an early preview of the game.

The good news is that we can tell you that one is coming up this week. It will be available on Wednesday October 28 at 3pm Eastern Time, which is 12pm Pacific Time and 7pm UK time.

The stream is coming from the Call of Duty eSports channel and will be available for viewing here at the official Call of Duty website at the times above. 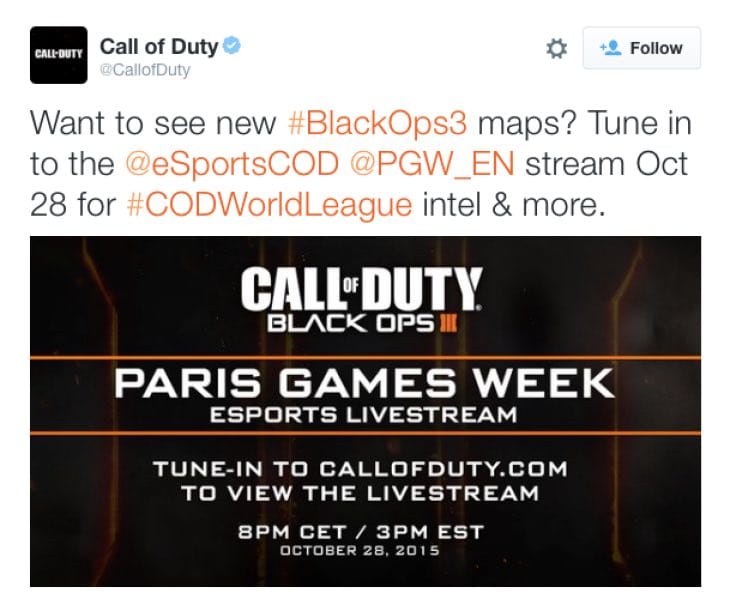 More importantly, Treyarch has revealed that there will be new gameplay shown from multiplayer maps that will be brand new to players and not shown in the beta.

That makes it unmissable viewing and hopefully there’s some news on Black Ops 3 zombies as well with some potential teasers on what to expect from that mode.

Remember that Paris Games Week kicks off on Tuesday and you can find details on Sony’s press conference here – the countdown is now on!

Are you looking for a Black Ops 3 live stream and will be tuning in tomorrow?