Treyarch has added a sneaky, but enjoyable new mode in Black Ops 3 called Freemode. Best of all, it is available whilst you are downloading the game so you can at least get to grips with the main control scheme before heading into the intense multiplayer servers.

Freerun is essentially a series of challenging obstacles courses, aimed at getting you fully up to speed with the concepts of wall running in Black Ops 3 – especially useful for those that missed out on the beta.

It also adds another competitive eelment to the game as we can already see that gamers are eager to find out who has the Black Ops 3 Freerun best time on Blackout which is a world record. 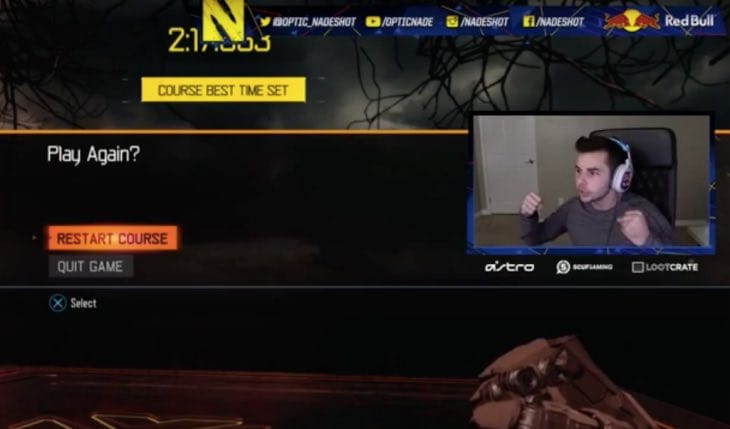 We’re not sure if this is the world’s best, but this is certainly the best that we have seen so far. YouTuber Optic Nadeshot has managed to beat Blackout on Expert with a time of just 2 minutes and 17 seconds which is pretty impressive.

Watching the video below, it looks like that time can be improved even further as well with some fine tuning.

Is this also the best time for Freerun on Black Ops 3 that you have seen so far? Post your own times below and let’s find out who can claim to have the Black Ops 3 Freerun world record time on Blackout.