We have some exciting news for Call of Duty Black Ops 3 fans now, as developers Treyarch recently unveiled a brand new map, as well as the confirmation that the flamethrower in Black Ops 3 is making its grand return.

You may remember that the flamethrower was one of the infamous unlocks that players had a great deal of fun with, years ago with Treyarch’s Call of Duty World at War.

Now it is coming to the new game as Black Ops 3’s Firebreak Specialist – the 9th one to be revealed on the list. Once ready, players can use a flamethrower which will work as you expect – in other words, wreck total havoc in rooms full of enemies.

It is going to be the perfect tool for clearing rooms and it looks like it is pretty much a one-hit kill too if you catch on fire – hence why it is one of the last to be unlocked in the game. 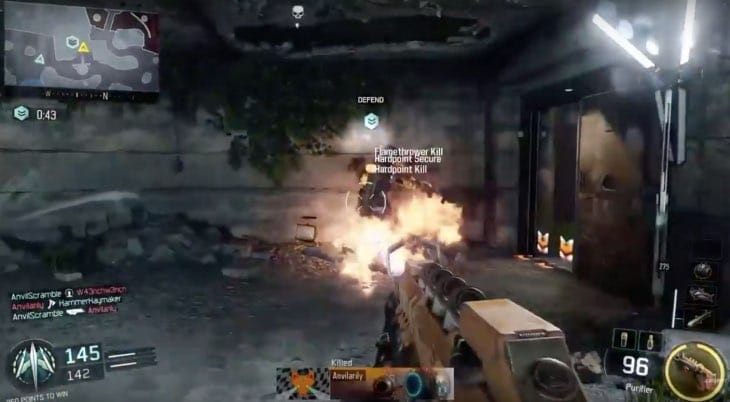 Also coming with Firebreak is the Heatwave ability. This is going to be the secondary mode and it is basically going to be a flashbang on steroids.

You don’t throw it like a grenade though – it is instant. You just walk into a room activate it and all of the enemies will be temporarily stunned allowing you to pick up some easy kills.

It looks seriously good, if not a little too good. Check out the reveal stream below and skip to the gameplay parts as you please.

What is your reaction to the flamethrower coming back to Black Ops 3, are you excited about this?