We still have a week to go until the Black Ops 3 Eclipse DLC 2 release time, but we thought we’d take this opportunity to remind you of some BO3 Eclipse gameplay for those that may have missed the live stream at the end of March.

To recap, Eclipse is the second piece of DLC for the game after Awakening. That means four new multiplayer maps will be arriving, as well as the next chapter in the exciting zombie story.

The multiplayer maps are confirmed to be Verge, Knockout, Spire and Rift. Verge could be the standout map to look forward to, as this is actually going to be a re-imagining of Banzai – a very popular map from Call of Duty World at War. 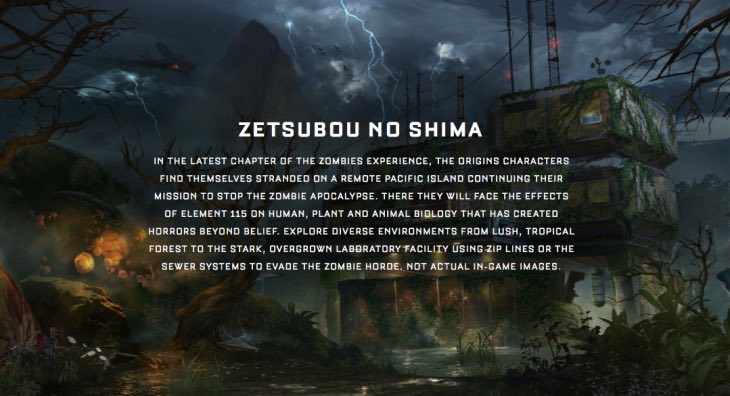 For zombie lovers, the next map is going to be called Zetsubou No Shima which is the island map which we all knew was coming thanks to prior leaks.

You can hear Treyarch discuss the thought process behind all of the new maps by watching the entire re-run of the stream below – it also includes gameplay.

This is a great preview before the content goes live for those that missed it, so leave us a comment below with your last minute expectations.

Do you have your Season Pass ready? Remember that it goes live for PS4 first, Xbox and PC one month later.