Treyarch has finally unveiled the information that we have all been waiting for! We are happy to confirm that the BO3 DLC 2 map pack name is called Eclipse and it will be available next month.

We were expecting this content early April, but in actual fact you’ll have to wait a little bit longer to play it. That’s because the Black Ops 3 Eclipse DLC 2 PS4 release date is confirmed for April 19.

The four new multiplayer maps are going to be Spire, Rift, Knockout and Verge – the latter being a re-imaginging of an old school favorite map from World at War, Banzai! 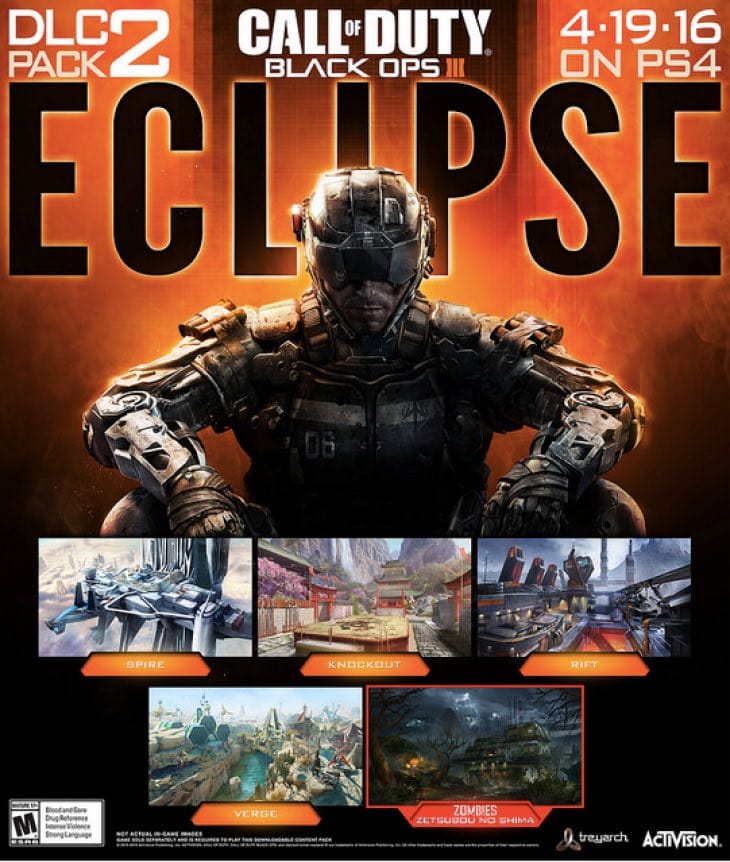 Perhaps more importantly for most of you, we can also confirm that the next zombies map will indeed take place on an island as previously leaked.

It’s going to be called Zetsubou No Shima and is set on a World War II-era Pacific island – more details coming up on zombies shortly!

Remember to watch the live stream here, but we’ll be back soon with the Black Ops 3 Eclipse gameplay trailer. Give us your reaction below.