We are surprised to see that Treyarch, nor Call of Duty or David Vonderhaar have announced if there will be a Black Ops 3 Double XP weekend today for June 3-6.

Usually we would get confirmation of a BO3 Double Weekend late on Thursday but so far it hasn’t happened yet.

If there is not going to be one this weekend, then it could be the first weekend that we have seen for over 6 months where Double XP or something similar hasn’t been activated. 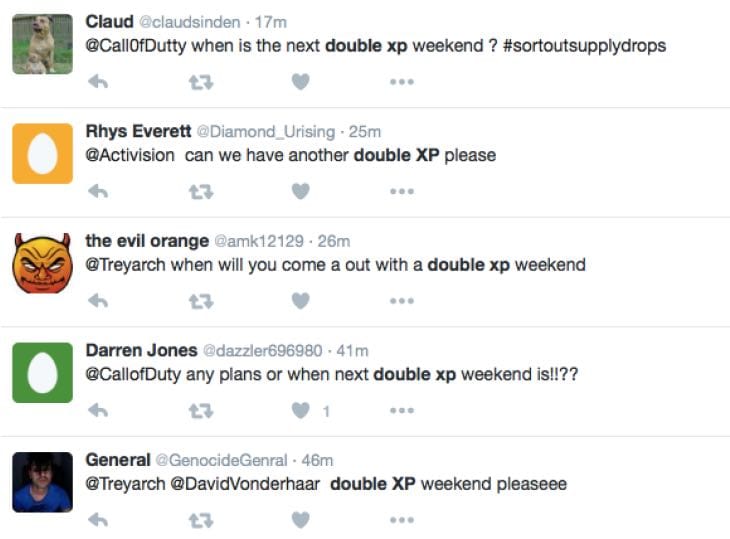 You can see just how desperate many players are for Double XP, that is just an example of some of the Tweets asking Treyarch to turn it on once again.

Has it now got to a stage where Treyarch needs to offer Double XP or players simply won’t play the game over the weekend with the likes of Overwatch and The Division getting all of the playing time?

If you are waiting for an announcement, leave your comments below.