We have confirmation that there will be another Black Ops 3 Double XP Weekend for June 17-20. Many of you have been asking if there will be one and we have just had the green light from Treyarch.

This weekend, you’ll be able to get Double XP for weapons – not your character. That means if you are going for the Dark Matter camo or other attachments for your favorite gun then this weekend is when you want to put some hours into the game. 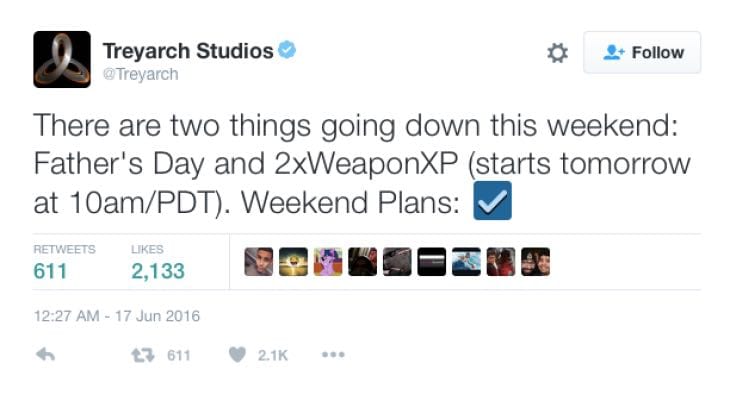 Some of you obviously wanted to see Double XP offered instead across multiplayer and zombie modes, but Treyarch can’t offer it every week as that would be silly.

Still it’s nice that there’s an event at least to get stuck into so, so leave your comments below on if you will be taking part.

Are you still playing Black Ops 3 daily, or are you bored now?