We bring even more good news to Black Ops 3 players now after the recent launch of the Awakening DLC 1 map pack. Treyarch has just confirmed that there will be Black Ops 3 Double Weapon XP this Friday for February 5-8 2016.

This is the second time where we have had this particular format and it means that you’ll have the opportunity to unlock attachments, camos and other goodies twice as fast.

Double Weapon XP is just as good as rank up XP in our opinion, especially if you are going for Dark Matter camo or want to get your hands on dual-wield secondary weapons. 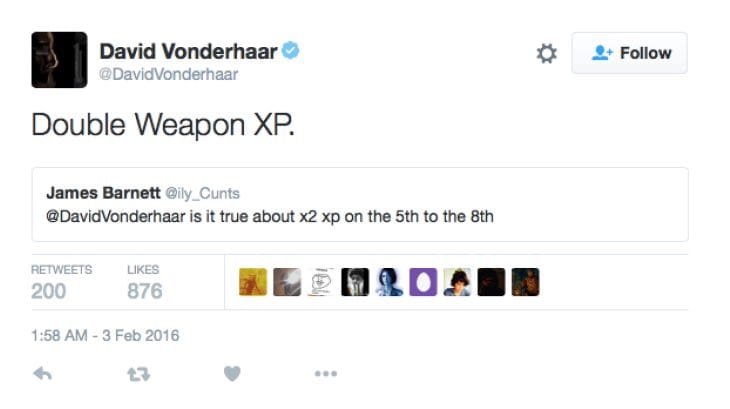 This means 6PM for everyone in the UK and 1pm for those on Eastern Time. Let us know if you are happy about Double Weapon XP for BO3 and which unlock you are currently trying to get.