If this is you, we have a quick heads-up for you as there is a surprise end time that Treyarch has given this time around. Usually we would see the double xp type events end on a Monday, but for some reason Treyarch has been extra generous and this event is going to run until Tuesday.

The end time is officially Tuesday at 10am Pacific Time. That means you’ll be able to play until Tuesday 1pm Eastern Time and 6PM in the UK. 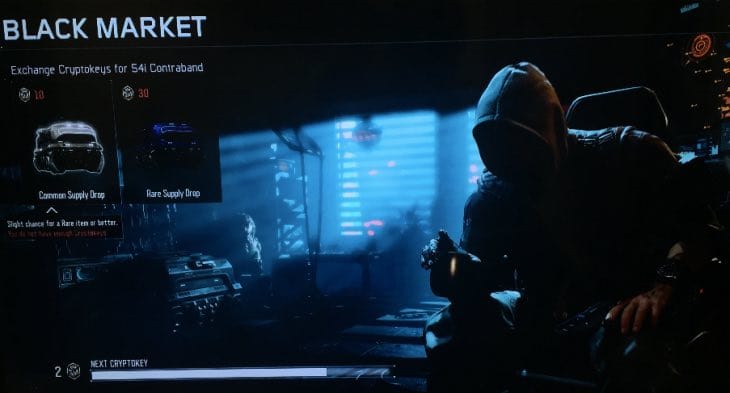 This is longer than expected, so if you are on the hunt for more cryptokeys to open Rare Supply Drops, this is your big chance to get the extra ones you need.

Playing longer game modes such as Ground War, SafeGuard and Domination can get you lots of Cryptokeys in a single match, so you may want to head out of Team Deathmatch and give them a go if you haven’t already.

Speaking of Team Deathmatch, we told you that the score limit was being increased to 100 and now we can confirm that this has gone live in game since 2x cryptokeys in Black Ops 3 was activated and will remain that way until further notice.

How many cryptokeys have you managed to get as your best run in a single game?