Black Ops 3 owners have had to put up with weeks of silence regarding the Black Ops 3 DLC 2 release date, with only rumors keeping players busy until an announcement.

That has all changed though this week as it looks like we have the first official Black Ops 3 DLC 2 Zombie map screenshot to show you.

Even better is that it looks like Activision is to blame as the image you see below was spotted on the Season Pass section of the Call of Duty website – presumably uploaded accidentally earlier than scheduled.

Activision has now removed the incriminating evidence, but you probably want to know that the source code for the image contained on the website before it was removed highlighted “dlc2-screen-zombies.” 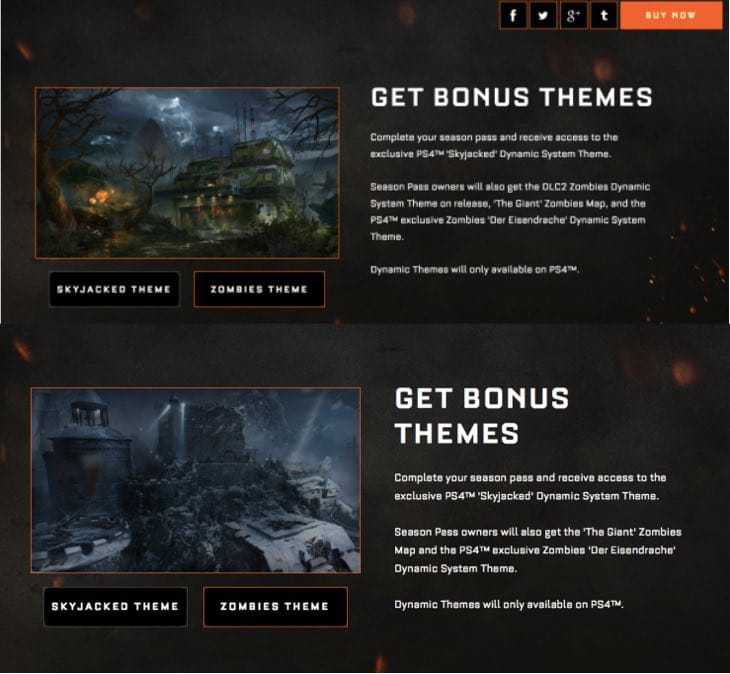 More importantly, this image suggests that the rumors were right in suggesting that the next zombies map will take place on an island.

Those who played World at War may also notice that the design is eerily similar to that of Shi No Numa, a classic map featured on that game.

What does it all mean? The fact that Activision has now uploaded that image albeit accidentally suggests that we are just days away from getting the Black Ops 3 DLC 2 gameplay trailer.

Give us your thoughts and theories on the image and we’ll update you soon with more details!