We are getting closer and closer to finding out when the next Black Ops 3 DLC 2 map pack is out for PS4. In the meantime though, we wanted to make sure that you are aware of the latest Black Ops 3 DLC 2 leaked rumors floating around involving the next BO3 zombies map after Der Eisendrache.

Treyarch has still not announced anything yet, with the Black Ops 3 DLC 2 release date rumored to be happening at the start of April. A video which we’ve added below though apparently confirms via leaked PC game code that the next zombies map will be set on an island.

You can see the game code that everyone is talking about below: 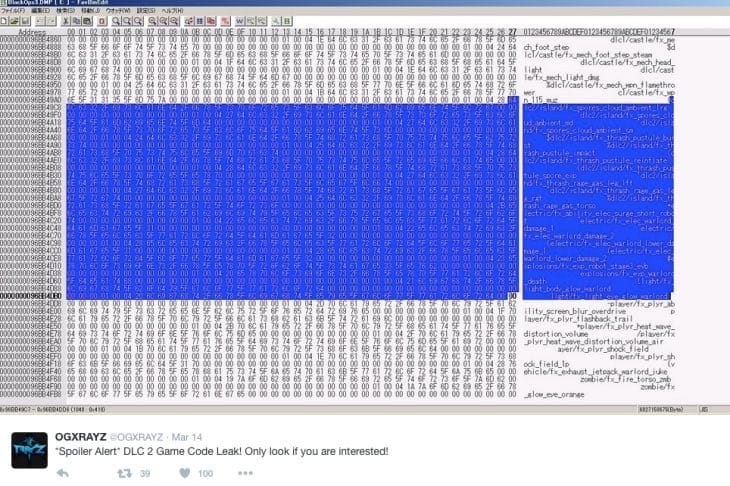 The key thing to notice here is the string of text that reads “dlc2/island/fx_spores” which is definitely very revealing if true.

Players who have completed The Giant and Der Eisendrache should be excited if the story is going to continue on an island. 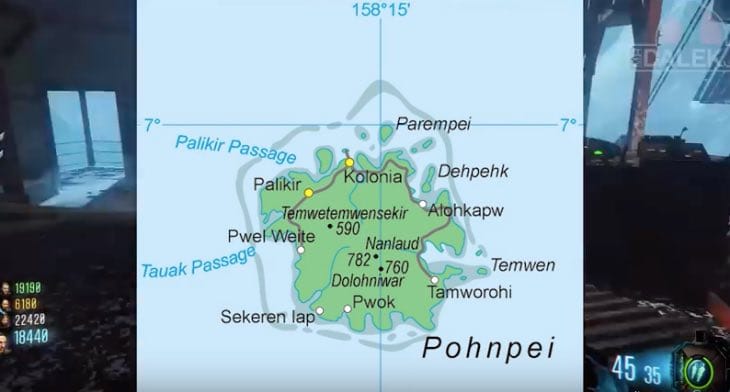 On top of this, some of you may not be aware that there were even hints inside of Der Eisendrache from Takeo about the next location being on an island – we’ve added a potential screenshot of this above thanks to YouTuber MrDalekJD.

Could the next Black Ops 3 zombies map be on a place known as ‘Pohnpei’ in the Pacific ocean? Watch both videos below and you’ll see how this is almost confirmed.

Expect more details on the next DLC for Black Ops 3 soon when we could have the first trailer to show you. Please leave your thoughts and ideas below on potential storyline for island zombies!