We have an important heads up to say that a new Black Ops 3 update on December 22 is incoming. Treyarch’s David Vonderhaar has told followers that it should be made available on Tuesday and shall serve as the last hotfix for the game for the year.

At the time of writing, we are on Black Ops 3 version 43.7.22.5, but expect this to be updated very soon. David Vonderhaar has teased that the Black Ops 3 update today will be geared around more weapon balance changes and this time will not tweak matchmaking any further.

We know that many players want to see a Vesper nerf, so it will be interesting to see which way the nerfs / buffs go this time around – not everyone will be happy we expect, but that’s all for the good of balance. 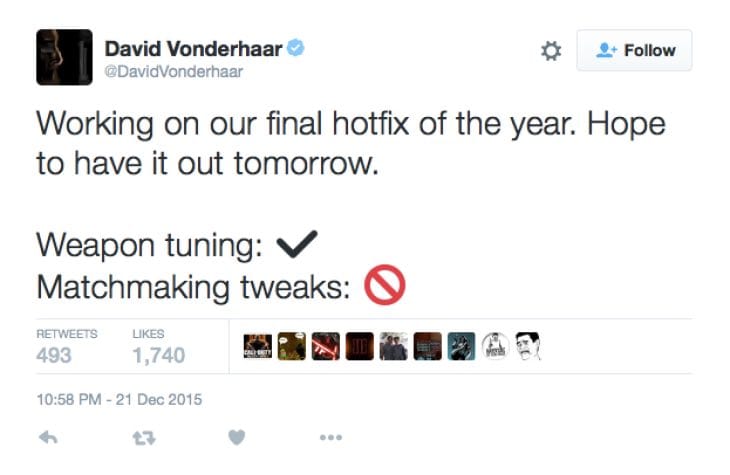 You can see the Tweet above which confirms that the Black Ops 3 hotfix on Tuesday should be rolling out and that information will be posted to Reddit here once available.

As soon as we have the new version number and the list of notes we will update this for you with the details. For now, let us know which weapons you hope receive a nerf and which weapons you feel could do with a buff.

Put it this way, which gun needs attention the most from the developers?