We have more good news to bring to Black Ops 3 players now as on top of Double XP weekend which is now in effect until Monday, we can also confirm that Black Ops 3 Chaos Moshpit playlist is now active as well.

As far as we’re aware, there was no prior warning of this but if you head into the Bonus playlists, you should see Chaos Moshpit is now live.

For those that aren’t aware, players love Chaos Moshpit as it offers a nice variety of fast-paced gameplay. This includes smaller maps, along with different game modes such as Team Deathmatch and Kill Confirmed. 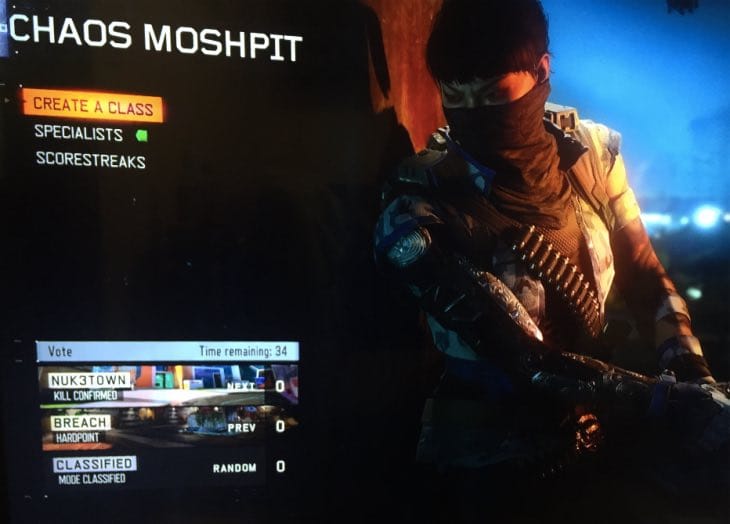 The big attraction is that Nuk3town is also on Chaos Moshpit, so anyone who has that map available by pre-ordering can enjoy that too.

With Double XP stacked on top it is a really fast way to level up and work your way through up to Prestige level – no doubt many players are already racing ahead in your region so now is your chance to catch up.

Be warned though, Chaos Moshpit is not for the faint hearted and you probably will die every few seconds with so much action going on around you.

Are you happy about Chaos Moshpit being available at the same time as Double XP? Let us know how many Cryptokeys you manage to make in a single round.