As expected, this is going to be a big install and probably a lot larger than some of you had anticipated. As confirmed on a new FAQ, the Black Ops 3 beta install size on PS4 and Xbox One is going to be around 15GB.

That is pretty big, although remember that the beta is going to include three playable maps, 7 game modes and a host of other content for players to test before the main launch. 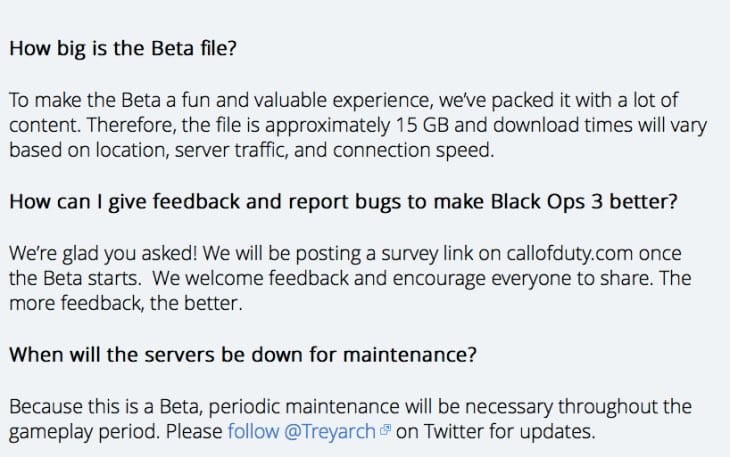 For those also wanting to know if Black Ops 3 beta stats carry over to the full game, we can also confirm that this won’t be the case and stats won’t be saved.

If you have been having issues maintaining storage on your console, it may be worth considering a hard drive upgrade as these game file sizes are getting larger with each big release.

Are you a bit shocked that it is as much as 15GB?