Sledgehammer are now gearing up to launch the Black Ops 3 beta on August 19, the date in which PS4 gamers will be able to play first after the deal struck between Sony and Microsoft at E3.

Now we can bring you some solid details on the beta and most importantly, which maps are playable in the Black Ops 3 beta. Sledgehammer has revealed that there will be a total of 3 maps available, these being Evac, Hunted and Combine.

There’s also going to be as many as seven game modes to try out in the beta which is fantastic news. The usual candidates are there with Demolition, Team Deathmatch, Domination, Hardpoint, Capture the Flag, Kill Confirmed and finally, the fan favorite Search and Destroy.

If you haven’t pre-ordered Black Ops 3 yet, you are probably looking for other ways to get hold of a free Black Ops 3 beta code on PS4. 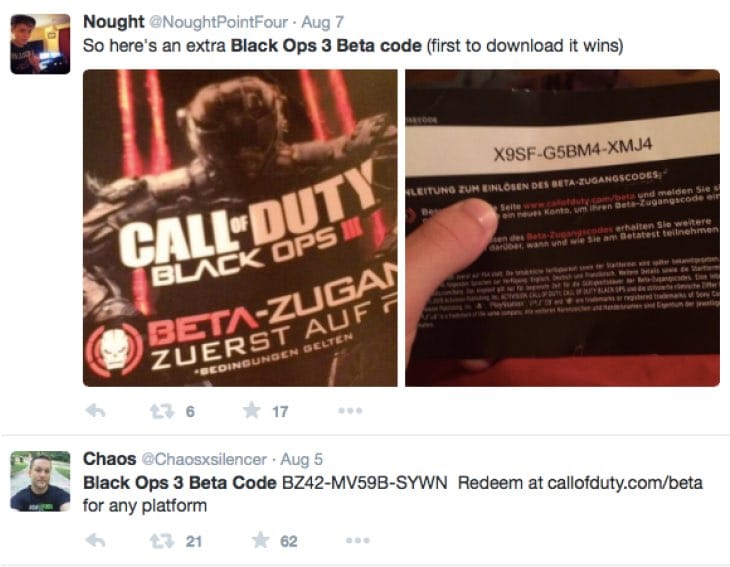 Luckily, we can see that there has been some heavy activity on Twitter lately, with many users generously giving out their codes randomly to those that snap them up first come first serve.

With this in mind, it’s a good idea to bookmark this Twitter live search so that you can be sure to be one of the first the next time a giveaway is about to begin.

Have you been lucky enough to get a code without pre-ordering the game yet? We’ll keep our eyes open for you but let us know your expectations of the beta below and enjoy the beta trailer too.