For those that are loving Black Ops 3 multiplayer at the moment and consider themselves a top player, one challenge that you are probably trying to complete at the moment is getting the Black Ops 3 Nuclear Medal.

This is one of the hardcore medals to get in the game, for experienced players to brag about when it comes to deciding who really is the best.

The only problem is that to unlock the Nuclear Medal in Black Ops 3, you have to get 30 kills in a row without dying – no easy task on a server full of players in close quarter situations.

You can however make your life easier as there appears to be two specific weapons which make the job less painful. From all of the feedback that we have seen so far, the overwhelming favourite on the best guns in Black Ops 3 – Razorback and Man-O-War seem to pop up the most. 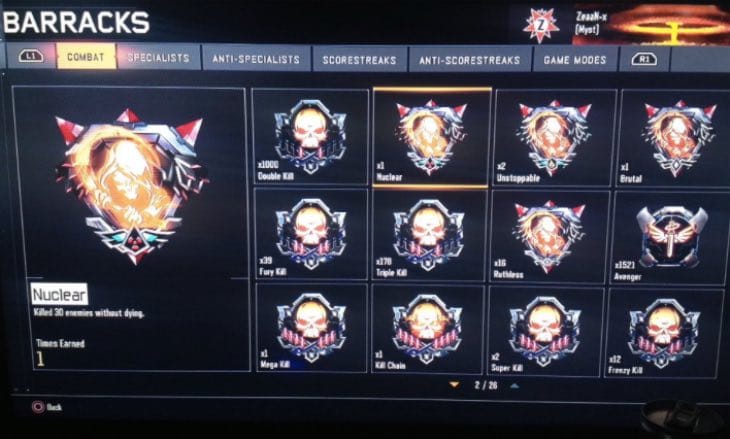 The Razorback is a submachine gun which is unlocked towards the end of the tier, while the Man O War is an assault rifle which you can get mid way at level 28.

Both are amazing guns to use in BO3 multiplayer and we would advise you take advantage of them now as plenty of players are already asking Treyarch to ‘nerf’ them.

Watch the clip that we have included below, showing how to get the Nuclear Medal in Black Ops 3 in a short space of time.

Let us know your progress on this challenge and also your own opinions on what you think the best weapons in Black Ops 3 are.