We have a quick heads-up now, as we can see that a new Black Ops 3 update has gone live once again. This is the Black Ops 3 43.8.29.5 update, although the exact version number may vary depending on which platform you are on.

We are assuming that the single digit difference is just a minor edit though and the patch notes that we have for you are still the same. 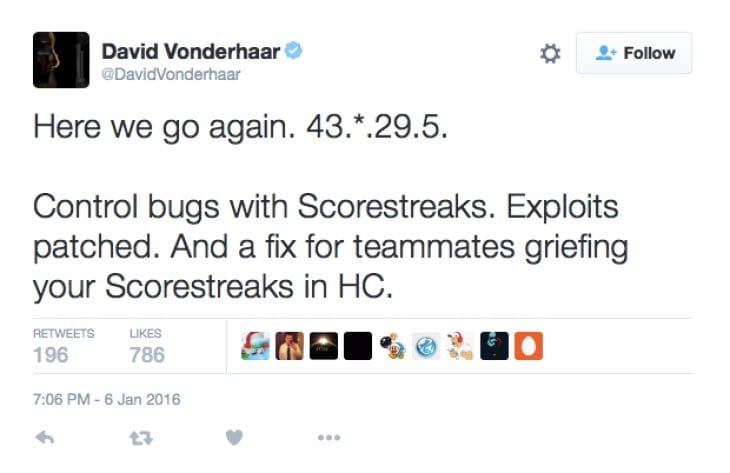 As a result, this is what is new in Black Ops 3 43.8.29.5 moving forward. David Vonderhaar has said that scorestreak control bugs have been fixed, along with a fix for teammates ‘griefing’ scorestreaks in Hardcore mode.

Not for the first time, Treyarch has also implemented another wave of exploit fixes so those who have been playing the game unfairly should expect to be caught sooner or later.

What version of the game do you have running at the moment, since we know everyone has been seeing different versions other than 43.8.29.5?

Let us know your gameplay experience after this new version and any undocumented changes you notice too. Remember, not long to go now until Awakening lands – join the discussion on new DLC perks here.