We have another Black Ops 3 update to tell you about now, days after Treyarch issued 43.15.52.5 which was rumored to remove g-sliding from the game but still apparently has not with players telling us they can still do the move.

We can however confirm that the new Black Ops 3 43.15.54.5 update is specifically for zombies, as David Vonderhaar has now revealed the changes in the game on Twitter as usual. 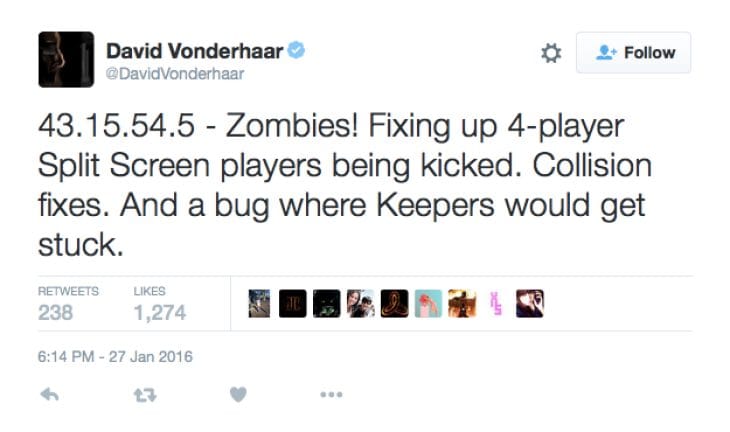 Changes include a fix for players getting kicked from 4-player split screen matches, while there’s also fixes for collisions and a problem where Keepers would get stuck.

Nothing too major about this one, but good to know nevertheless. Let us know if you spot anything else not mentioned in the notes and what you are personally looking to see added/fixed in time for the next Black Ops 3 game settings update.

Thoughts on g-sliding too – is it really game breaking?