We have another Black Ops 3 hotfix to tell you about now and this is the Black Ops 3 update 43.13.41.5 which most of you should now be seeing after logging in today.

While one of the main purposes of this new version is to bring an end to the first double cryptokey event in the game, the new patch also brings further gameplay tweaks to multiplayer which you will definitely want to know about.

More importantly, it looks like the 100 score limit for Team Deathmatch is here to stay after Treyarch successfully experimented with it over the weekend – previously it had been capped at 75 with many players complaining matches finished too quickly. 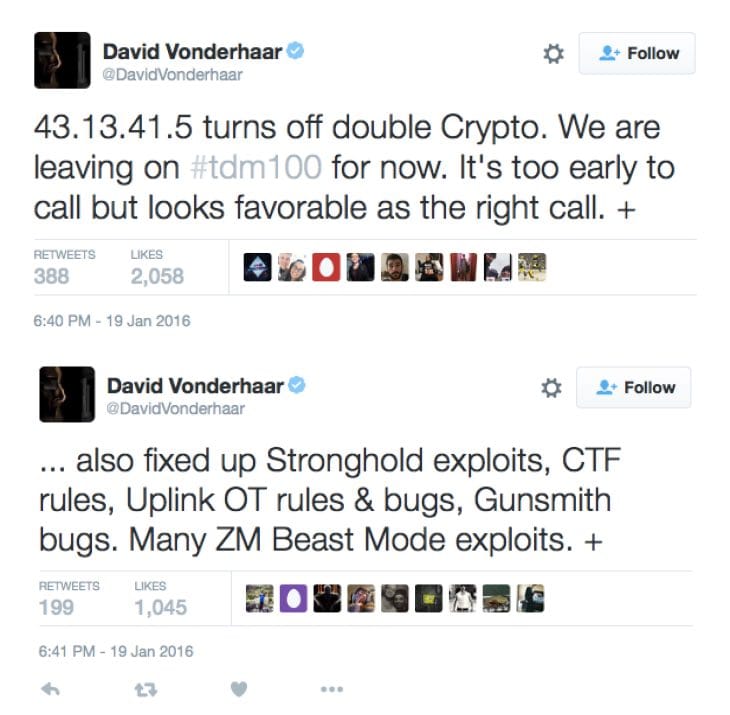 There’s also tweaks for Uplink players, as well as Capture the Flag as highlighted above. Let us know what you thought of the 2x cryptokey event and if you think it is a good move that 100 Team Deathmatch limit could be a permanent change.

Are you loving Black Ops 3 at the moment with all the frequent support from Treyarch’s team?