For those that missed the very surprising news this week, there has been a new Black Ops 3 update, with Treyarch finally giving loyal players cause to celebrate after months of inactivity.

It’s no secret that the majority of COD fans will be playing WW2 right now, but for everyone else BO3 is still extremely popular and it’s great to see Treyarch continuing to support the game.

We can confirm that Black Ops 3 version 1.26 update is now live on PC, PS4 and Xbox One and below is an official list of patch notes so you can see what they have changed in the game. 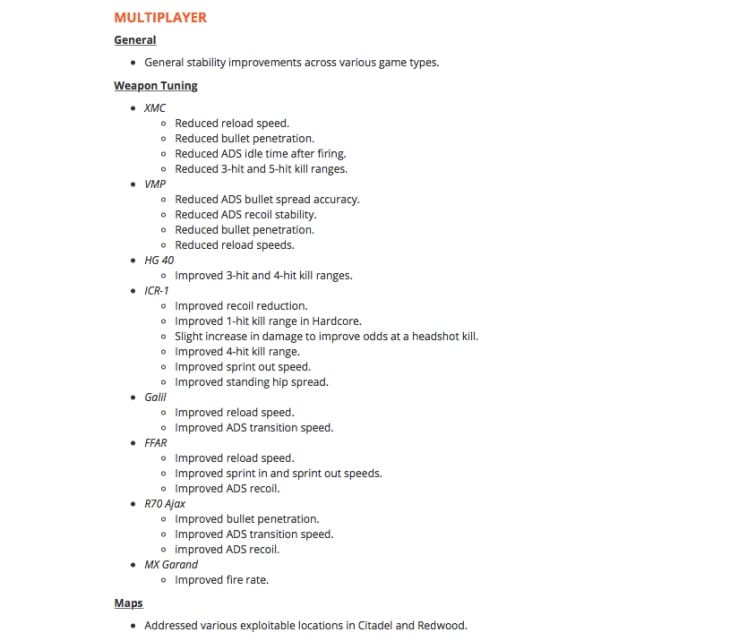 If you are someone who loves weapon changes, you are going to appreciate this balance patch as weapons such as XMC, HG 40, Galil and MX Garand are all included.

On top of this, Treyarch has also offered another wave of exploit fixes for zombies, so if you have been using these lately – your fun may be about to end.

Let us know what you think of this update and any suggestions for further patches now that you know Treyarch are still open to supporting the game.

Which weapons need to be looked at next?