Straight away, we can tell you that this is a massive update in terms of balancing. Treyarch has once again tweaked a lot of weapons in multiplayer, but there are also some general changes too.

These include Cryptokeys now being awarded in Arena and Public matches after players play consecutive matches in the same playlist – so basically if you stick to one game mode you are going to earn even more keys to unlock those supply drops.

Another notable change is that the Cerberus scorestreak can now no longer be destroyed by anyone who has a Power Core active on the opposing team. 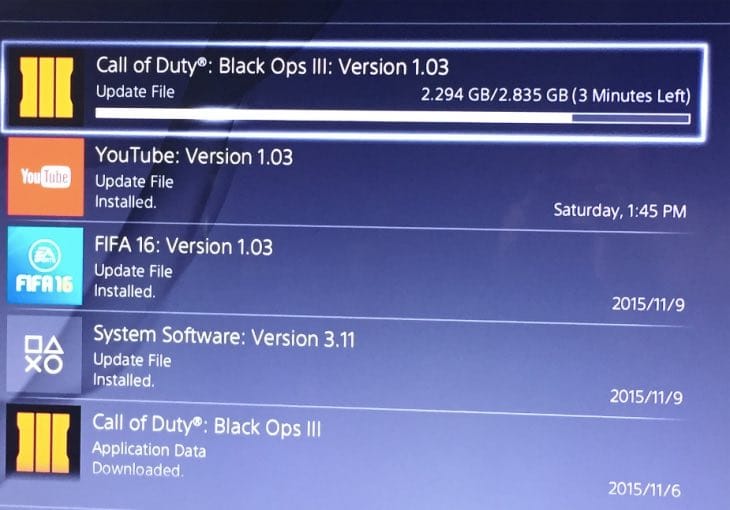 Some Specialists have also been addressed in the BO3 1.03 update, including Outrider, Nomad, Reaper and Firebreak.

Weapons that have been targeted in the update include Razorback which has had a damage increase, M8A7 assault rifle which now has increased fire rate, ADS time increased for the Argus shotgun and much more.

It is simply too much to list everything here, so you should now head to the Black Ops 3 1.03 patch notes in full on Xbox One and PS4 for the lowdown – note that the details are being hosted at a new website compared to previous games so you may want to bookmark this for future.

Let us know your thoughts on the new Black Ops 3 update for November 19 and any changes you spot that hasn’t been mentioned in the notes.

Is your gameplay experience stable after the update?