After all of the speculation regarding a new campaign mode within Black Ops 2 zombies, you may be surprised to hear that there isn’t going to be a mode as such in the upcoming game. However, Treyarch has more than made up for a lack of campaign by revealing no fewer than three modes for the renewed zombie effort.

We now know that these images were not authentic and while the idea of missing out on a campaign mode for everyone’s favorite zombie spin-off is disappointing at first, developers Treyarch have given us evidence to suggest that players won’t even need a campaign mode, with plenty of other fresh content to get your bloody thirsty juices flowing.

We can tell you that there is going to be three modes available in Black Ops 2 zombies. These will be titled Survival, Tranzit and Grief. Survival is the traditional zombies gameplay that we have grown to love over the last few years, but Tranzit and Grief are two brand new modes to the series, with Treyarch showing that they aren’t afraid to mix things up drasticly in order to give players a fresh experience on November 13. 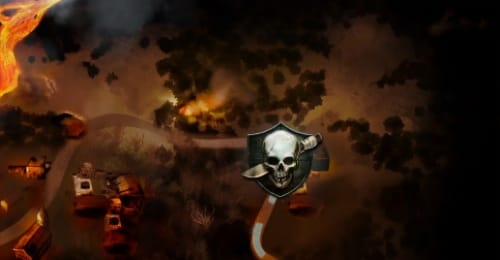 [A glimpse of Tranzit mode]

Tranzit is going to be an open world affair, allowing players to venture off out of the normally confined areas, to explore new surroundings spread across multiple locations which Treyarch themselves have labelled a ‘big and giant expansive world’. Players will also have the opportunity to explore these new locations either on foot, or by bus which you have probably already seen in the launch trailer.

Choosing either transport method will naturally have its advantages and disadvantages, so players will need to get their tactical heads on once again to decide which is the best route and option to take when dealing with the zombie onslaught coming your way.

Also new is a mode called Grief, which is the mode that will feature double the traditional zombies player count as previously revealed by Treyarch. In this mode, two teams of four will feature on the same map, pitted against the zombies and also against each other, with the big twist being that you can’t actually harm the other human team.

Instead you’ll have to use a particular map’s props and gadgets to ‘grief’ your team in a way that it gives your team an advantage against the zombies. On the reverse side, the other human team will be using the exact same methods against you, so you’ll be having to deal with twice the problems with another human team to contend with, as well as the usual zombie horde.

It honestly sounds amazing and we can’t wait to go hands on with this closer to release. Three new modes within zombies is going to provide something for everyone and there can’t be any complaints that Treyarch hasn’t given enough attention to zombies this time around.

Campaign mode? Who needs it anymore. It’s all about Tranzit and Grief zombies for us now – game on. Let us know your thoughts on these brand new zombie modes and which out of the two new modes you like best.