It looks like a few lucky gamers are having the chance to sample Black Ops 2 zombies a full two weeks early before the game is supposed to officially go on sale on November 13. We told you earlier this week that images of the game disc had popped up online, but now various gameplay videos showing zombies are being uploaded as well.

As you can imagine, Activision are not too happy about this and have already started to issue copyright notices in their attempts to remove any sign of new zombies gameplay from YouTube. So far, they have been pretty successful, but new videos are continuing to become available, showing a clear sign that there are a significant amount of gamers who have already managed to buy Black Ops 2 early.

It happens every year, but we’re not sure a new Call of Duty game has leaked as far as two weeks prior to an official street date before. Activision appears to be helpless to stop this happening year on year, although there is the argument that it is the retailers fault and if you do manage to get the game early, you should be able to enjoy it without any restrictions. 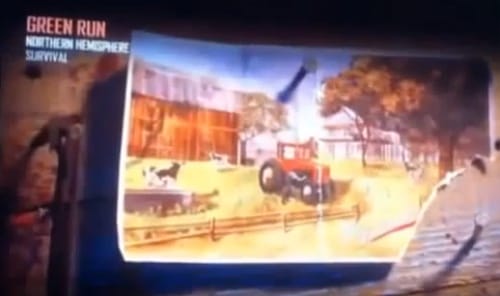 From the gameplay we’ve seen so far, all of the action has been on the Green Run map, suggesting to us that it is the only map available straight away with the three new modes, with perhaps other new maps getting unlocked later on. We also have a confirmation of the Ray Gun returning for those that are interested, and a new type of zombie as well – without spoiling too much for you.

We will include the videos here, but good luck if you actually get to watch them as chances are they will be removed by Activision and YouTube very soon. The quality is obviously terrible, but it’s just to give you an indication that the game is already out there and tons of gamers are already enjoying zombies.

Does this frustrate you that you can’t pick up the game early where you are? It may be worth your time heading down to your nearest ‘obscure’ retailer and seeing if they have the game on sale already. Let us know if you have already played zombies and what your impressions of the Green Run map are.