We knew that it wouldn’t be long until Treyarch reveals more new features in Black Ops 2 zombies, and they didn’t disappoint earlier this week. We have some brand new gameplay to show you of direct zombie footage, as well as the revelation of zombie shields and a Black Ops 2 zombies theater mode to tell you about.

Black Ops 2 is really looking like value for money, with the three main modes really giving you no complaints about game duration or repeated content that Modern Warfare 3 was perhaps guilty of. Treyarch has revealed new information for Black Ops 2 zombies and it is shaping up in a way that you could actually just pick up the game to play solely zombies and still be satisfied with your purchase without ever touching the main single player mode or multiplayer.

If a fully fledged zombie campaign mode with Tranzit isn’t good enough for you, Treyarch has announced that players will be able to craft weapons and gadgets that are scattered around places – with pieces connecting together to form all new items to use against the zombies. One of these has now been revealed as a special zombie shield that has the ability to plow through zombies when equipped – check out the video below for a sneak peek look at the shield. 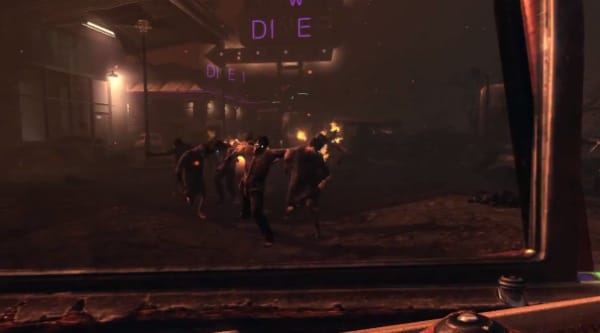 Meanwhile, Treyarch has even found the time to fit a theater mode inside zombies, allowing die-hard fans to record their offline and online matches and upload them to a social media space online, straight from within the game. You can imagine how rewarding this is going to be for fans, when they finally have the ability to sit back and watch various tactics on certain maps when managing to reach higher levels.

If you didn’t already know, we can also tell you that Tranzit zombies is going to introduce brand new characters to the game – not just the famous four that we’ve known from World at War and Black Ops. New guns are obviously coming to Black Ops 2 zombies as well, and you’ll get a glimpse at the Executioner weapon in a second video below.

Throw in the return of perk machines, the pack a punch machine and mystery box, and it’s clear to see that Black Ops 2 zombies is looking like a must have game on November 13 when it releases. Which mode are you looking forward to the most out of Tranzit, Survival and Grief? We wonder how long it is going to take, when Activision finally decides that zombies needs its own separate game. We can’t wait.