There are a lot of gamers who are dissatisfied with the final quality of upcoming PS Vita game Black Ops: Declassified. For those of you who are still picking up the game though, you’ll be interested to find out that Activision has now revealed a solid release date for the game.

We’ve told you in previous reports that the game won’t have any kind of zombies mode in the game, which for many is already a final nail in the coffin for those that were already unimpressed with the game’s multiplayer mode. Call of Duty also isn’t a game where you should expect cutting edge graphics either, but Black Ops: Declassified looks barely looks like a PS Vita game, and makes Uncharted Golden Abyss look like a Crysis title in comparison.

There is only going to be a 4v4 online mode in the game, and confirmation that many maps in the game will be watered down ports of existing maps from the first Black Ops game. If this wasn’t a direct sign that the game could be dead on arrival before even releasing, Activision has confirmed that the game is releasing on November 13 – the very same date that the console and PC versions of Black Ops 2 will be available. 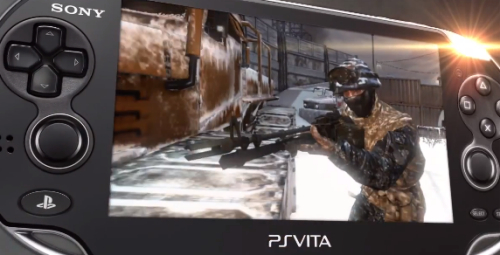 That means that Activision clearly does not view Declassified as a big enough title for its own specialized launch date and we’d be very surprised if we see the same level of commercial advertising for Black Ops Declassified as its console counterpart as well – take the new Black Ops 2 launch trailer yesterday for example, which Activision stealthily planted in the middle of a World Cup qualifier between England and Poland.

Just to point out, there isn’t going to be the same Cross Buy incentive in place, in which you would get the PS Vita version of Declassified for free, after buying the PS3 version of Black Ops 2. With that in mind, is anyone still planning to pick this up on November 13?

Activision had the chance to change the perception of millions of PS Vita fans by making Declassified a defining title for the system, but instead we have a game with below par graphics, a shoddy port which has cut content in all areas and no zombie mode to play either.

Are we being harsh, or are there any Vita owners out there who are as disappointed as we are about this game?