The Wii U version of Black Ops 2 may be unique in the fact that it will come with exclusive touchscreen features via the Wii U GamePad, but we’ve just found out that it won’t necessarily be the best version compared to console and PC.

Activision has just dropped something of a bombshell by confirming that Call of Duty Elite won’t be available on the Wii U version when it launches on November 13. That essentially means that for now, there will be no subscription based play on the Wii U version and no monthly DLC map packs or other goodies that Elite members usually get each month for being a ‘Premium’ member.

While Activision has confirmed this as a fact, Nintendo hasn’t said anything on the matter as of yet and it raises further questions on the stability surrounding the Wii U’s online capabilities and whether it can go toe to toe with Xbox Live, Steam and the PlayStation Network. 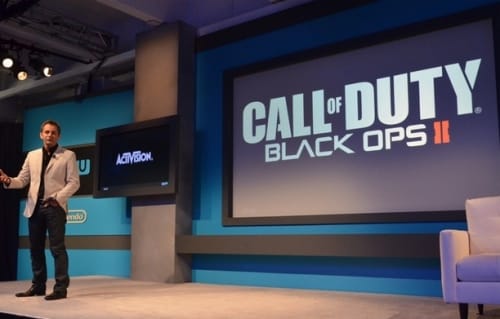 Having said that, Activision has also said that they are working with Nintendo to ensure that the Wii U is included when the standard DLC map packs arrive on respective online marketplaces, separate to those that are not part of any Call of Duty Elite program. Nintendo may play down the lack of Elite on the Wii U at launch as a non-issue, but tell that to the thousands of gamers who were secretly hoping that the Wii U version would end up being the best out of the four.

Just to reiterate, Elite won’t be available on the Wii U at launch, but it doesn’t rule it out from happening some time in the future. For now, if you really want to gain all pieces of DLC at the first opportunity, you’ll be best picking up the Xbox 360 version of the game as you’ll know by now that they get first dibs on all content before everyone else.

Is this a blow for the Wii U on a whole in your opinion, that there appears to be barriers in place that Nintendo are not willing to disclose yet?