It’s fair to say that Treyarch has kept their upcoming zombie expansion in Black Ops 2 a close guarded secret. After giving out recent reveals for multiplayer, we finally have a new piece of zombies information to get your juices flowing.

Treyarch has posted the mother of all zombie teasers on their Facebook page, revealing that the popular Nuketown map is going to be featured heavily within the new zombie mode. Whether this is a direct ploy to get gamers to pre-order Black Ops 2 to get the Nuketown 2025 multiplayer map remains to be seen, but it does now open up some exciting possibilities for zombie mode.

Usually, Treyarch drops new zombie maps on us whenever map packs release and it is up to the gamer to explore and discover every single nook and cranny of the map with their friends. That’s part of the beauty of zombie mode, but Treyarch has once again shown us that they are not afraid of mixing it up to provide something new. 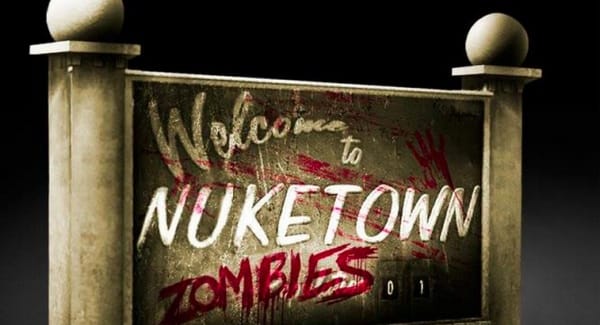 It now looks very likely that players can revisit Nuketown and play through the same map that has now been invested with zombies. We’re hoping that you’ll be able to go underground from the two main houses in the map and discover some new areas below surface which contain all new details which continue on from the interesting zombie storyline.

Imagine if there’s a huge research facility built underneath zombie town and links back to storylines seen in the first Black Ops game. It is a brilliant idea to put zombies in an existing map that everyone already knows, but perhaps a little sly if Activision make it only available to those that pre-order the game.

What are your initial thoughts on playing zombies on Nuketown? Will you be angry if you have to pre-order the game to play it, or were you planning to do this already for the Nuketown 2025 multiplayer map?