On the back of all the PS3 hardware problems suggested by Bethesda in relation to Skyrim, we have some contrasting news for Black Ops 2 gamers looking to pick up the PS3 version on November 13.

In a statement released on the official Call of Duty forum, Treyarch has said that there will be an optional texture pack available for installing on the HDD. On first glance, we were presuming that this would enhance the graphics for the PS3 version like we saw with Battlefield 3.

However, Treyarch has said that the optional texture pack install will help improve performance instead, with the Blu-Ray disc under less pressure if the majority of the game’s textures are installed directly to the hard drive, rather than running everything off the disc.

It means that users will be able to enjoy a game which is less likely to crash during multiplayer, and it does make you wonder why a similar texture pack can’t come out for Skyrim, which would enable Dawnguard to run more smoothy. Back to Black Ops 2 though, would you actually have liked an HDD texture pack to come out which would significantly improve graphics? 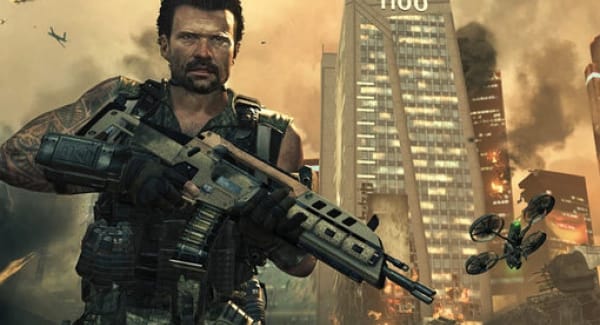 Black Ops 2 doesn’t look too good graphics wise, and although the gameplay is arguably more important in a game like this, it would still be nice to see a Call of Duty game that was up there with the best in terms of graphical power. Imagine keeping the same gameplay, but with having visuals on par with a Crysis game for example – could a texture pack make this possible?

Having said that, the HD texture pack for Battlefield 3 didn’t necessarily help with improving performance on the PS3. To this day we still experience multiple crashes when playing online multiplayer, especially on the Gulf of Oman map which came with the Back to Karkand expansion.

Although not specifically related to each other, it is another reminder that developers have to make special circumstances for the PS3, compared to Xbox 360. Has the whole Dawnguard issue opened up pandoras box in the way which user’s compare Sony’s hardware to the Xbox 360, or is it still solely down to the developer to ensure that versions are shipped as equal upon release?

Black Ops 2 is getting an optional HD install on the PS3, which won’t be available on the Xbox 360 version. Let us know your thoughts on this below.