Just like all over Call of Duty games released over the years, it looks like Black Ops 2 has fallen victim to leaked street dates, with evidence that some lucky gamers have managed to pick up the Hardened Edition of the game a full two weeks before it officially goes on sale on November 13.

Activision has been known to take a particular disliking to their games leaking early in the past, and they are going to be very unhappy when they hear that a European retailer in Slovakia appears to be privately shifting copies of the Hardened Edition. Images have popped up online showing the retail boxing for the premium edition, including a separate image of the bonus Black Ops 2 medallions that will come inside the box when you open it up.

Although the images looked legit, some still questioned the authenticity of the pictures since there wasn’t an initial image showing the Black Ops 2 game disc. However, we’ve since discovered via a German website that new pictures are available showing the game disc in question, confirming that the game is indeed selling significantly earlier than its intended ship date. 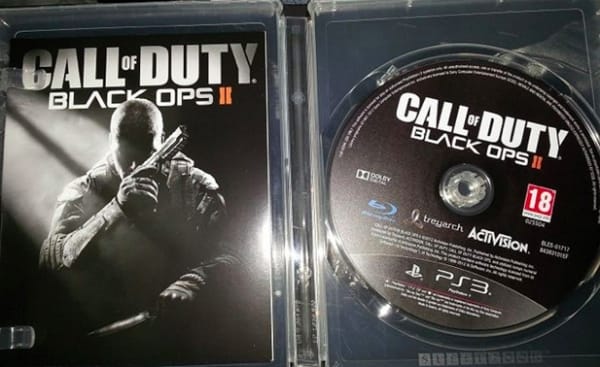 It means that some gamers will be able to play through the entire single player campaign before November 13 and of course, sample the Green Run zombie map in offline mode. We’ve already seen some gameplay videos of Black Ops 2 zombies in action and we’ll be talking about that in detail later on today.

Is it irritating to see that some people are already playing Black Ops 2 via shady retailers, when you have pre-ordered at a reputable seller like everyone else and have to wait until November 13 to play the game? This looks like the first instance where the game has leaked early, but we doubt it will be the last.

Are these kind of problems unavoidable, as some retailers will always sell the game early, regardless of the fact that they are breaking the law? Who is really going to track down a private seller in Slovakia over this matter, nobody we expect. Let us know your thoughts on the game leaking early and if you have seen any evidence of the game releasing before November 13 where you live.