Following on from the excitement regarding Nuketown zombies, Activision and Treyarch have just confirmed the special editions that will be available for Black Ops 2. Players will be able to choose from the Care Package or Hardened Editions, but fans may be unwilling to part with the extra cash upon hearing that there is no access to Call of Duty Elite included.

As expected though, there are plenty of other goodies to tempt you away from just the standard edition. If you haven’t pre-ordered Black Ops 2 yet, you now have the option of the Hardened Edition which costs $80 or the Care Package Edition for hardcore collectors that will set you back a cool $180.

You may remember the remote control RCXD car that Treyarch offered with the Prestige Edition of Black Ops 1. Now the developer are taking one step further and into the future, by offering Care Package buyers a working remote control quadrotor drone. Officially known as the MQ-27 Dragonfire Drone, it is fully functional and we imagine you’ll be able to cause a little bit of mischief when taking one of these out for a spin or into a neighbor’s window just for fun. 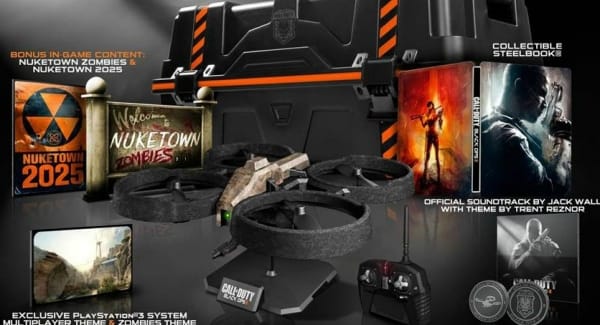 That now means that Activision has done the unthinkable in making a premium zombies map only available to those who pay extra, leaving those who pick up the standard edition drooling over YouTube videos. Hopefully the zombie map that is included on the standard disc is still substantial enough to satisfy gamers, otherwise we could be seeing Activision come in for considerable criticism.

Then of course there’s the fact that neither the Hardened or Care Package editions come with a subscription to Call of Duty Elite. When you are willing to fork out $180 for the premium edition, you would think a goodwill gesture from Activision to throw in Elite would be their way of saying thanks for the support, right? 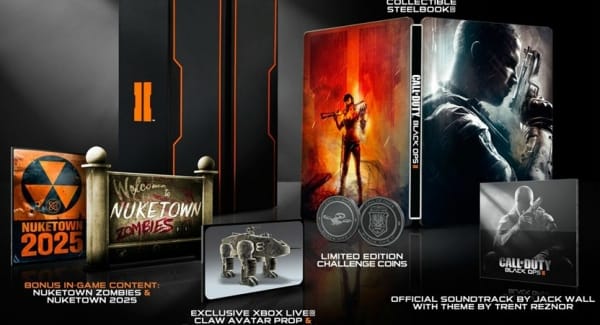 That doesn’t appear to be the case though and we can already see that many of you won’t be buying it if Elite isn’t included. Take a look at the images here to see what else is included in the special editions and let us know if you will be buying the Care Package for Black Ops 2 or not.

Waste of money, or decent value in your opinion? Do you agree with the general feeling that Elite should be included?