We have some good news for those of you who are looking for more gameplay for the exciting new Buried zombies map. The new level is coming as part of the Black Ops 2 Vengeance DLC map pack and we’re pleased to see that Treyarch has released another brief tease of some new gameplay.

More importantly though, this new gameplay confirms that players will now have to face the wrath of a new female ghost as a boss – the first time that Treyarch has put a female boss character in the game. If you have watched the main Vengeance announce trailer, you’ll already know that Buried will also include another new male boss character – so we have a feeling that both could be related, mother and son perhaps?

We first see a spooky shot of the mystery woman staring out of a window at the players. We then get the confirmation that she isn’t friendly, as she’ll have the ability to hover and we see players attempting to mow her down by unloading a full clip into her body. At the moment, we don’t know the woman’s motives, or indeed what kind of damage she’ll be able to do to the players upon contact. 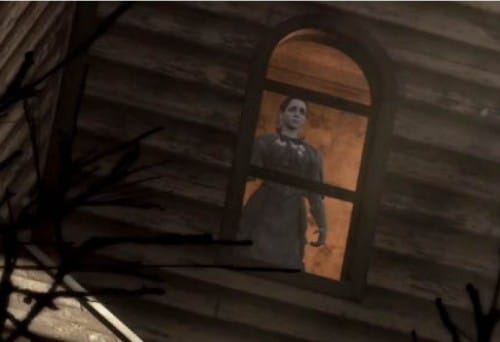 Considering that she is a ghost, we also have a feeling that this woman will be able to shock you in a big way, by being able to hover through walls. Imagine if you think you are safe from her during a high level game, then she suddenly comes through the wall at your players – that is going to mess one or two people up for sure!

Either way, it looks like Treyarch are again shaking things up with a two potential family orientated bosses. What are your initial thoughts and ideas on the mystery woman? Give us your opinions below!