Most of you will remember that Microsoft has already confirmed that Black Ops 1 is coming to the service – we just don’t know when. The game has been highlighted on the official BC website for weeks as you can see from the screenshot below, but there has not been an update yet on when it will be available.

Fans are starting to get restless on the silence and we can only assume that it is Activision holding up the release, rather than Microsoft. 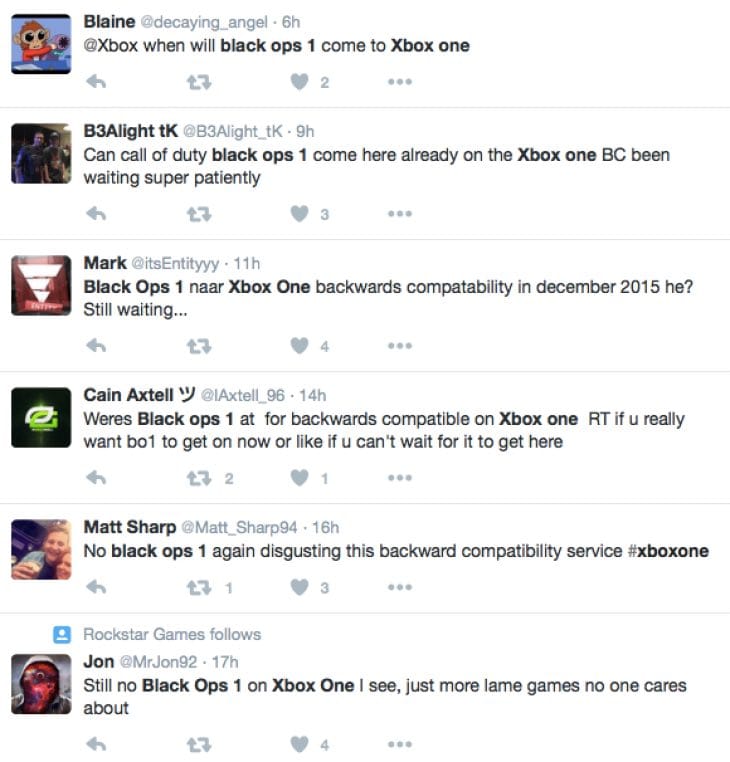 After all, Black Ops 3 is doing so well and we are almost ready for the release of Awakening as the first post-launch DLC. Why would Activision and Microsoft want to risk a drop in potential buyers or Black Ops 3 player figures by bringing Black Ops 1 out at the same time.

It could just be a business move and Black Ops 1 will release later on in the year. At least it is still coming though and it is going to be absolutely free for those that own the original on Xbox 360.

Are you happy to wait, or are you frustrated that it is taking so long for this game to come out? Give us your thoughts on the delay and how highly you regard Black Ops 1 compared to other games in the series.